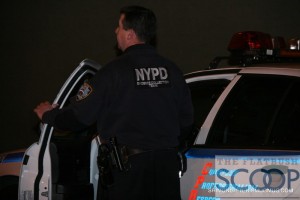 Flatbush – The Kosher Delight Restaurant on Avenue J and East 13th Street was robbed at knifepoint just as the store was closing, Thursday night. The masked man, grabbed the store manager, put a knife to his face and demanded the cash. The manager handed the man the money, but before leaving the room, placed the manager in plastic handcuffs, and then fled.

The manager began screaming and banging on the door to the room he was in, butwas not heard. Thankfully, he was able to dial a number on his cell phone, and people arrived to help him.