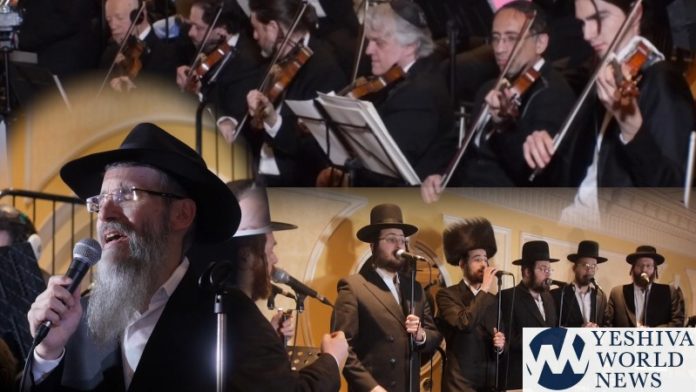 These three featured songs are from Avremel’s repertoire spanning a decade from the early years of his career (1983-1993).

He is accompanied by an astounding 40 piece Yochi Briskman Orchestra to help bring these songs to life, conducted by Yochi with arrangements by Yanky Briskman.

Lending their vocal support, are the Zemiros Choir, led by the talented Yoily Polatseck with sophisticated harmonies and vocal accompaniment.