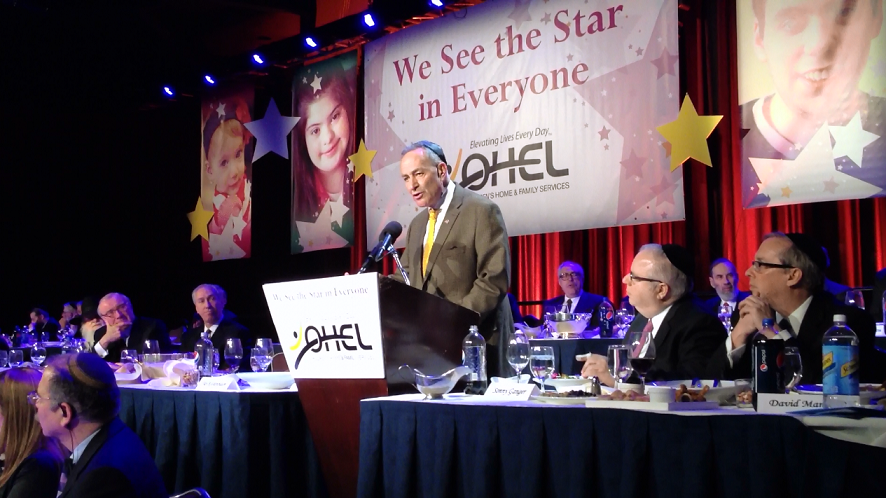 [VIDEO IN EXTENDED ARTICLE] As President Obama is brushing off the glitter from his jacket in the afterglow Sunday of a historic agreement to delay the Iranian nuclear program, Hawkish Democrats and Republicans appear poised to break the Administration’s hard fought deal with Iran by pushing for additional sanctions on the Iranian regime, TIME reports.

NJ Senator Robert Menendez is proposing a new round of sanctions that would be delayed in their effect by six months. “I expect that the forthcoming sanctions legislation to be considered by the Senate will provide for a six month window to reach a final agreement before imposing new sanctions on Iran, but will at the same time be immediately available should the talks falter or Iran fail to implement or breach the interim agreement,” Menendez said.

Speaking before a Jewish crowd Sunday evening, NY Senator Chuck Schumer assured that Democrats and Republicans are united, working together to see the U.S. does not give up on the sanctions — as the agreement did it — “until Iran gives up, not only all nuclear weapons, but all nuclear weapon capabilities – all enriched uranium, all centrifuges and all the heavy water plants at Arak.”