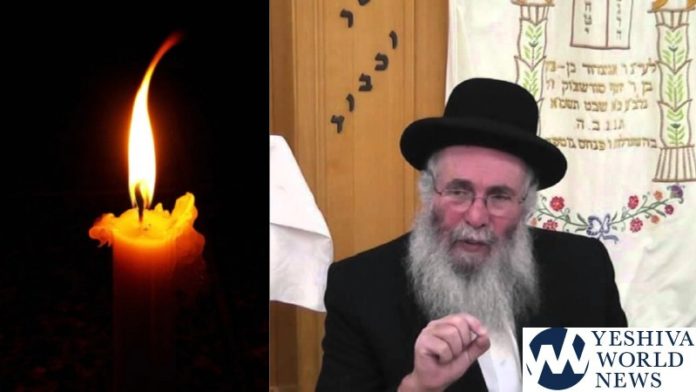 YWN regrets to inform you of the Petira of HaRav Ezriel Tauber ZATZAL of Monsey.

Rav Ezriel Tauber was  one of the pioneers of the Kiruv movement, a holocaust survivor, businessman, and lecturer to Jews of all denominations. Hundreds of his Shiurim are available on many platforms.

He was the driving force behind several institutions which are dedicated to the dissemination of Torah values and ideals.

He was one of the founder of Ohr Someach in Monsey, NY.

The Levaya will be on Thursday night at 8:00PM at Mechon Leho’rah, 168 Maple Ave in Monsey.