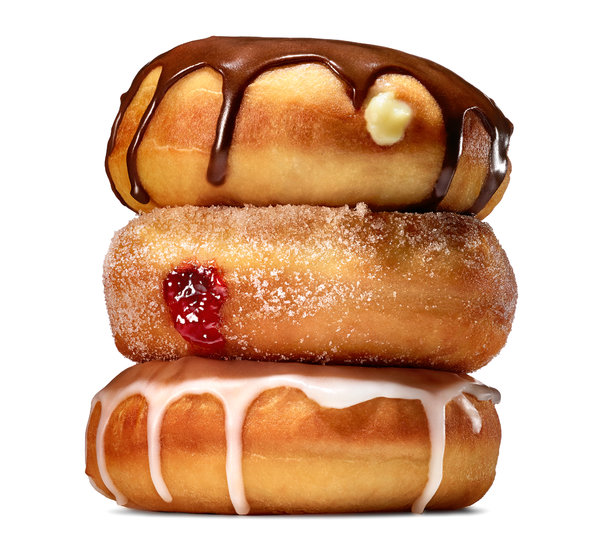 We say this Aramaic text just before Pesach every year. We recite it once in the evening and again in the morning.  What is behind the wording of Bitul Chometz?

The first thing we have to know is that according to Torah law we can dispose of our Chometz before Pesach either by Biur- destruction or by Bitul – negation. By Rabbinic law, however, we must do both – the destruction and the negation. We are all familiar with the text – we recite it in the evening after the search for Chometz, and we recite it again in the morning while we burn it.

Utilizing the understanding that Chometz is representative of the Yetzer haRah – the tendency toward evil within us, the Slonimer Rebbe in his Nesivos Shalom explains that we must take both approaches to wiping out our anti-Torah tendencies and desires.  We must actively search these out within us, Bedikas Chometz, and destroy it within us using the fire of Torah and Mitzvos.  We must also negate these desires within us – as if they were nothing – like the dirt on the ground.

What is perhaps shocking is that nowhere in the Babylonian Talmud is this formulation of the Bitul to be found.

IS A VERBAL DECLARATION REQUIRED?

The second thing we have to know is that there is certainly an obligation to annul the Chometz, but it seems from the Gemorah (See Psachim 6b) that this may actually be a thinking process that did not necessarily have to be verbalized.

The Jerusalem Talmud (Psachim 2:2), however, states just the opposite of the Ramban. The Yerushalmi quotes Rav as ruling that one must recite the formula “All Chometz that is in my house that I am not aware of shall be annulled.”

To resolve the apparent contradiction, the Rosh and the Rif explain our Gemorah as stating that the annulment does require an actual verbal formulation. They differ slightly as to the verbal formula. There are actually four changes from the version in the Yerushalmi:

1] The first change is that the entire formula is no longer in the clear Hebrew that we find in the Jerusalem Talmud. The formula is now in Aramaic.

2] Another change is that the words “in my house” are now changed to “in my domain.”

WHERE AND WHY DID THE CHANGES COME FROM?

The third thing we should know is where did these changes come from and who were the ones who made them. The Rishonim all point to the previous generation of Torah scholars – the Gaonim.  The question is why?  Why did the Gaonim make these changes to the text of the bitul found in the Yerushalmi?

The reason for the first change is the subject of debate. The Ramah in his Darchei Moshe writes that it was for masses of people that were not fluent in Hebrew. During the times of the Gaonim, Aramaic was now the prevalent language understood by all.

Rav Yosef Teomim, author of the Pri MaGadim, in his commentary on the Mogen Avrohom cites the Ohr Zarua as stating an entirely different reason. The Gaonim were concerned with the effects that destroying bread, upon which man subsides, could have upon people. Had the annulment of bread been stated in Hebrew – an important language, the import of bread in the eyes of the people would be diminished. [As a parenthetic note, This explanation underscores the remarkable sensitivity and appreciation that the Torah desires us to develop within ourselves.] The Vilna Gaon adds that Chamira is not merely an Aramaic translation of the Hebrew term Chometz, it encompasses both Chometz and Seor. [Seor is not well-known in our baking circles, but it was a leaven that was kept by bakers and added to the dough to cause it to rise. Now most of us just simple use pure yeast.]

There is another reason cited for the change to Aramaic. The Eliyahu Rabbah cites the reason that the Mazikim – negative spiritual forces – would understand it in Hebrew and would attack. We thus recite it in Aramaic so that they will be unaware of it. [One might perhaps ask that the Zohar in Parshas Trumah 129b indicates that negative spiritual forces do understand Aramaic too].

The second change simply extended the boundaries to where the formulation applied. Now it was no longer just limited to the house but included the Babylonian work places and ancient camel-packs (somewhat akin to the modern car trunk).

The third change clearly adds the less competent burners on the morning of Erev Pesach who fail in destroying their Chometz properly. In contemporary times, they mess up by either not taking the bread out of the foil or including too much Chometz or simply not attempting to burn it thoroughly.

The fourth change perhaps more vividly illustrates to the reader of the formula what annulment actually means. The Gaonim could have felt that the term annulment may have been too abstract a concept to the average Jew and thus provided a more detailed and vivid understanding of it by including the words like dust or like the dust of the earth.

MUST ONE DO THE BITUL BY ONESELF?

The fourth thing we should know deals with the idea of a messenger.  Can the Bitul of the Chometz be annulled through a Shliach – a messenger? The Baal HaIttur holds that since a messenger is like the person throughout the entire Torah, a messenger can annul the Chometz of someone who sent him.

The Rashba, the Ritva and the Nimukei Yoseph disagree and write that the actual owner of the Chometz must be the one who annuls it. The TaZ rules in accordance with the lenient opinion and states that someone who does utilize a messenger to annul, in all probability, has a reason for it. He is concerned that he may become busy or simply forget to annul it. His father-in-law, the Bach, however, was stringent.   According to the aforementioned Nesivos Shalom, one should not do it through a Shliach.

The fifth thing we should know has to do with our attitude toward evil.  The Nesivos Shalom adds another homiletical explanation.  When it says “Ohr LArba Asar bodkin es HaChometz leOr HaNer” it means as follows:

When we enter the 14th, the fourteenth year of life, adulthood – we must start examining the Chometz – the desire toward evil within us.  He further explains that adulthood is when we first become Jews.  Pesach too, is when we first express our Jewishness.  As we clean our homes for Chometz, and as we burn and negate the Chometz, we would do well in keeping all this in mind.