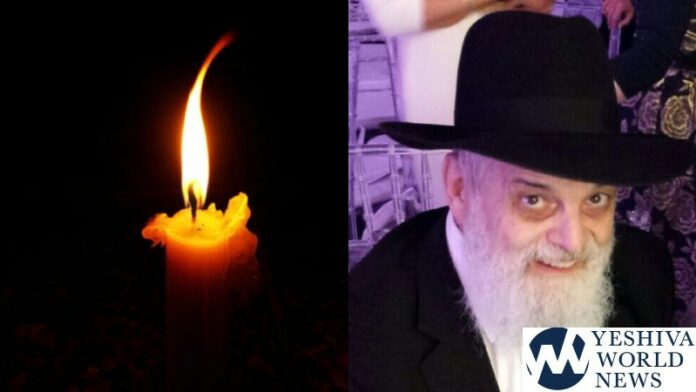 YWN regrets to inform you of the passing of HaRav Yonasan Binyamin Halevi Jungreis ZT”L.

The Niftar was a Holocaust survivor of Bergen Belsen.

He was the son of Rabbi Avraham and Rebbetzin Miriam Jungreis of Canarsie, Brooklyn, and brother of Rebbetzin Esther Jungreis A”H and Rabbi Jacob Jungreis. He was a descendant of the legendary Menuchas Asher- the Czenger Rav, Harav Asher Anshel Halevi Jungreis ZT”L.

He was one of 1600 Jews saved on the Kasztner train – a source of pride, yet also leaving him with a profound responsibility to continue saving Jewish souls.

After attending Yeshiva Chaim Berlin in Brooklyn, he became a prized student at Ponovezh Yeshiva in Israel and Yeshiva University in New York where he received his semicha. he then went on to lead his Congregation as the Rabbi of Yeshiva Ateres Yisroel of Canarsie.

Rabbi Jungreis was well known for his extremely friendly and gentle demeanor, genuinely interested in each person’s personal history and lineage. His sharp memory, quick wit and beautiful soul will leave a void in all who knew him.