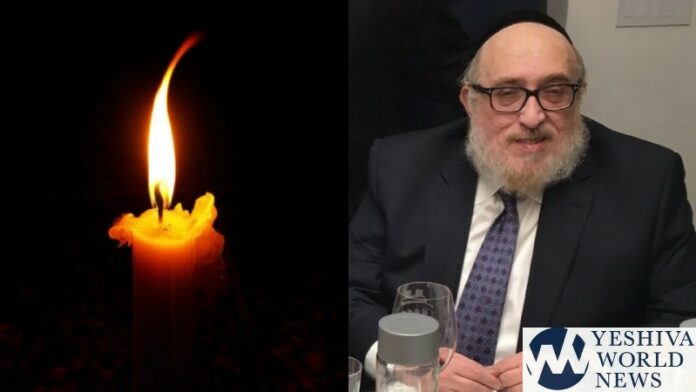 YWN regrets to inform you of the Petira of Reb Leibel Lederman Z”L ר’ אריה בן ר’ חיים זצ”ל. He was 70 and was Niftar from COVID-19.

Born in Germany, after the war his parents emigrated to the U.S. where they settled in Williamsburg, joined the Klausenberg kehilla and formed a close kinship with the previous Klausenberger rebbe, Rav Yekusiel Yehuda Halberstam, zt”l.

As a young boy in Yeshivas Chassan Sofer, Reb Leibel’s yiras shamayim, brilliant mind, and kind heart were soon recognized and valued. He forged close ties with the current Sanz-Klausenberger Rebbe in New York, and was a notable benefactor of many of their mosdos & endeavors.

Reb Leibel was a walking kiddush hashem. He treated every rebbe, g’vir, business employee, frum, irreligious, and secular person with genuine respect and exemplary care. A reverb at the levaya-from young and old resounded: “He was my close close friend.” When doing for others he insisted that quality was key-sparing no expense-while with his own needs, he felt that basic was best. His aniyvus was astounding.

A large portion of his chassodim, however, were done discreetly, which was how he preferred it. Many hours of Reb Leibel’s week was dedicated to guiding others in business and to those seeking his wise counsel. Among his known philanthropic contributions were the founding of the Laniado hospital in Eretz Yisrael, sponsoring the acclaimed Shefa Chaim Fertility Center in Natanya, magnanimously supporting diverse yeshivos & kollelim, sensitively sustaining almanos and yesomim, building mikvaos, and being the pillar of his beloved community.

Mr. Leibel Lederman lived in SeaGate for the last 43 years and was an eminent contributor & mainstay of the community. Most recently he was responsible for the rebuilding of the famed “Rabbi Meisels” shul devastated by Hurricane Sandy. He purchased and outfitted a state of the art Hatzolah ambulance for the SeaGate chapter.

After an intense two month battle with COVID-19, Mr. Leibel Lederman who had no underlying issues, returned his neshama to His maker. The family was left reeling in anguish. The ramifications of the devastating loss will be felt by so many, for many many years.

(*Kavod for the niftar was the primary concern of the family. Funeral arrangements were made in collaboration with the SGPD. Social distancing & mask wearing were strictly enforced.)