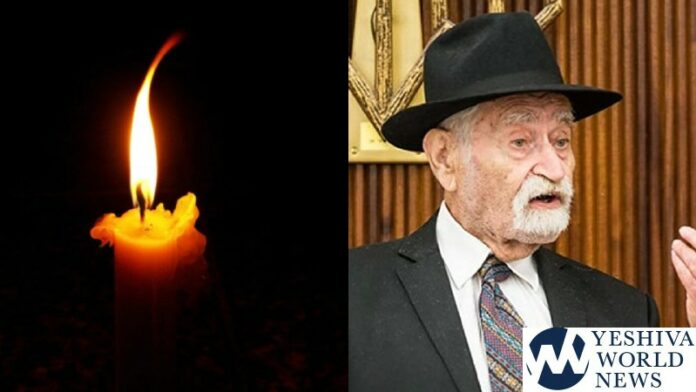 YWN regrets to inform  you of the Petira of Hagaon HaRav Nota Tzvi Greenblatt ZATZAL, longtime Posek and Av Bais Din from Memphis Tennessee. He was 96.

Rav Nota was on of the closest Talmidim of the late Posek Hador, Hagaon HaRav Moshe Feinstein ZATZAL.

Rav Nota’s father, Rav Yitzchak Greenblatt, was a native of Brisk, and traveled to the United States to fundraise on behalf of the local Toras Chesed Yeshivah. He subsequently assumed a rabbinical position in Washington, D.C., where his son Nota was born.

He resides in Memphis until around a year ago when he moved to NY. Rav Nota contracted an infection recently and was hospitalized until his Petira at Maimonides Hospital on Friday morning.