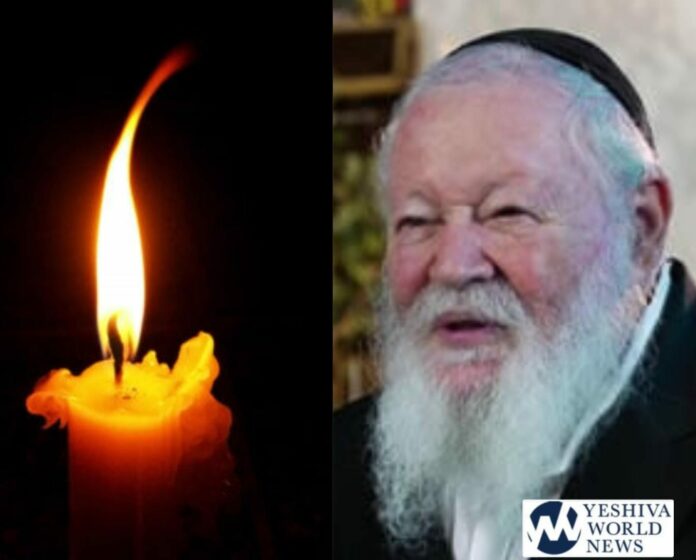 Rabbi Pinchos Aharon Weberman, one of the founders of the Jewish community in Miami Beach, Florida who served as a rov for 62 years, passed away on Wednesday, 28 Tammuz, 5782.

Rabbi Weberman was born and raised in new York, and after getting married he was introduced to the Lubavitch Rebbe and developed a very close relationship. The Rebbe encouraged him to use his talents and wisdom to help build a Jewish community and in 1960 he chose Miami Beach, with the Rebbe’s encouragement.

At the time, Miami had zero Jewish infrastructure and no kosher food. He was extremely influential in starting the first Jewish institutions there. His children were from the first students in the Lubavitch Educational Center (LEC).

He founded the Ohel Shalom congregation and served as the rov for 62 years.

He was the longtime Chaplain of the Miami Beach Police Department.

With his vast knowledge of Torah, Rabbi Weberman built and maintained the Miami Beach eiruv and was a member of the beis din. He stood up for the kashrus of the mikvah in Miami and against strong opposition established a Lubavitcher mikvah there.

Throughout the years he maintained a strong relationship with the Rebbe and the Rebbe once asked him to write down his weekly sermons so other rabbis can benefit from them as well.

He was zoiche to have children and grandchildren on the Rebbe’s shlichus.

The levaya will take place in Israel. 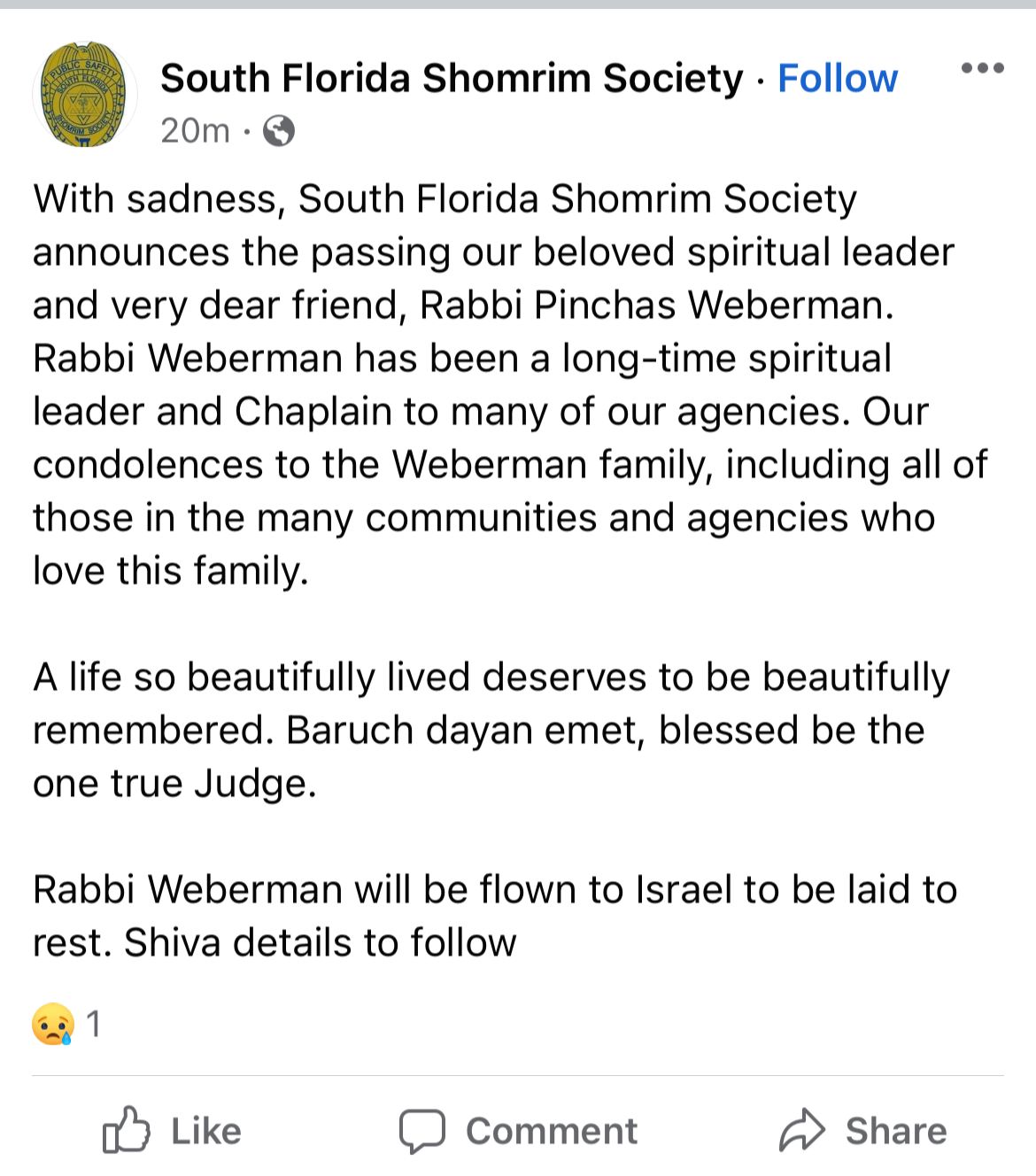 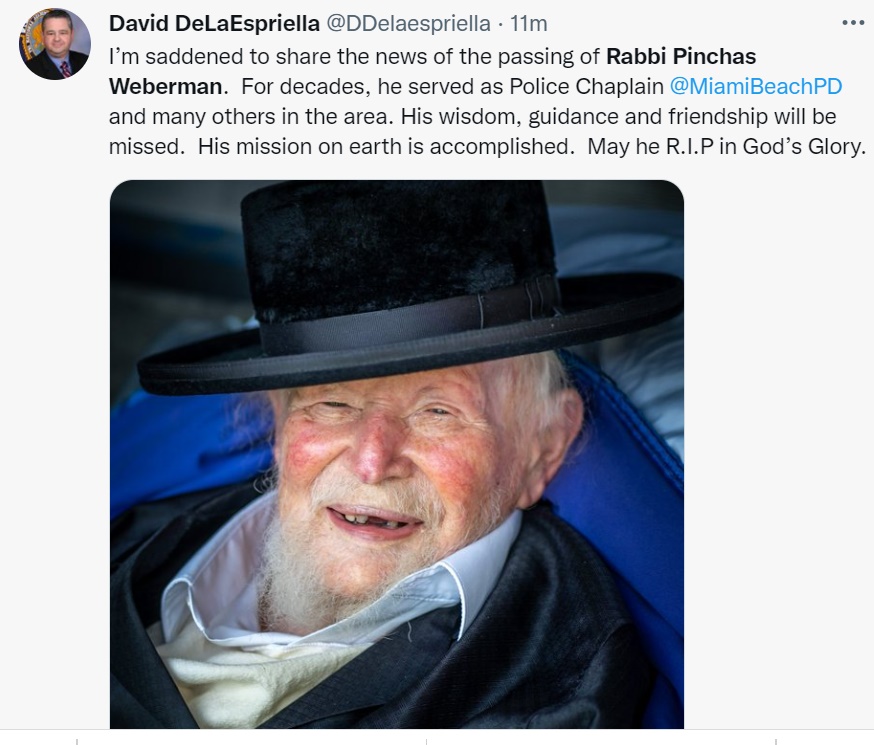 Rest In Peace Rabbi Pinchas Weberman. A great man, friend, and spiritual leader. Served as a Police Chaplain for decades. May his memory forever be a blessing pic.twitter.com/xm2Id5pwOp