The second Chief Rabbi of the IDF, Rabbi Mordechai Piron Z”L was niftar at the age of 93.

Born in Austria in 1921, Rav Piron moved to Israel in 1938 and studied in Petach Tikvah. From their he moved to Yeshivat Kfar HaRoeh and then to Yeshivat Lomze in Petach Tikvah. He then entered Merkaz HaRav and was given semicha from HaRav Yaakov Moshe Charlop and Rav Yitzchak Halevy Herzog, who was the Chief Rabbi of Israel.

In 1971 he achieved the rank of colonel and was appointed as the deputy IDF Chief Rabbi, serving under Rabbi Shlomo Goren. When Rav Goren left the IDF, Piron assumed his post and received the rank of Brigadier-General. He dealt with the many korbanos R”L of the Yom Kippur War in 1973. Piron established the beis din to free agunos after the war. That beis din was headed by Maran HaGaon HaRav Ovadia Yosef ZT”L. The third rav on the beis din was Rabbi Gad Navon. In 1974 Piron was promoted to major-general. 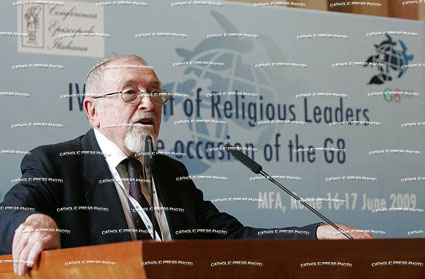 He served as chief rabbi of the military for six years and was among the founders of the National Military College. After his military service he was an advisor to Foreign Minister Shimon Peres. He then served as the Chief Rabbi of Zurich for 13 years.

The levaya is scheduled for 14:30 in Kehillos Yerushalayim in Har Menuchos. Shiva until Shabbos in the niftar’s home at 3 Epstein Street, Yerushalayim. From motzei Shabbos shiva continue at 9 Barkat Street (entrance from Sapir Street).