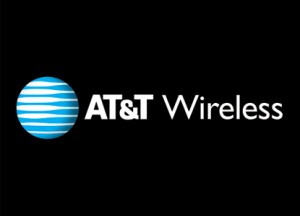 AT&T Inc. says it will publish reports on the number of requests for customer information that it receives from law enforcement agencies, the latest move in the telecommunications industry toward fuller disclosure amid debate over government surveillance programs.

The announcement Friday by the nation’s largest telecom company came a day after rival Verizon Communications Inc. said it will make public the legal demands it has received. Dallas-based AT&T says it will publish a report twice a year online. The first one, covering requests received this year, will be out early next year.

The controversy has deepened over data-gathering by the National Security Agency. The NSA’s collection of hundreds of millions of Americans’ phone records under secret court order was revealed in June in documents leaked by former NSA contractor Edward Snowden. The program collects the number called, the number from which the call is made and the duration and time of the call.

Major shareholders of AT&T and Verizon demanded last month that the companies disclose their dealings with the NSA.

To the extent allowed by law, AT&T said its “transparency” report will include the total number of requests it receives from law enforcement agencies in criminal cases, a breakdown of the number of subpoenas, court orders and warrants received, the number of customers affected and details about the legal demands it receives.

“Any disclosures regarding classified information should come from the government, which is in the best position to determine what can be lawfully disclosed and would or would not harm national security,” AT&T said in a statement from Wayne Watts, general counsel.

“When it comes to governmental surveillance and requests for customer information, all companies are compelled to comply with the laws of the country in which they operate,” Watts said. “We take our responsibility to protect our customers’ information and privacy very seriously and pledge to continue to do so to the fullest extent possible.”

AT&T has said previously that it protects customer information and complies with government requests for records “only to the extent required by law.”

Until now, however, telecommunications companies haven’t filed such reports.

U.S. Cellular said it “is considering options to provide information to our customers about the requests we receive from law enforcement for customer information.” A representative for Sprint Corp. declined comment.

In a statement, T-Mobile said it is “carefully considering additional transparency about the law-enforcement and national security demands we receive.”

The reports by the Internet companies don’t provide specifics about the number of orders that the companies receive through the secret court set up under the Foreign Intelligence Surveillance Act to fight terrorism.

A presidential advisory panel this week recommended sweeping changes to the surveillance programs. Those include limiting the bulk collection of phone records by stripping the NSA of its ability to store that data in its own facilities. Instead, the data would be required to be held by the phone companies or a third party.

President Barack Obama suggested Friday he may be ready to make changes in the bulk collection of phone records to ease the public’s concern about privacy. At a news conference, he hinted that he may strip the NSA of its ability to store data in its own facilities and instead shift the storage to the phone companies.

Obama did acknowledge, “that might cost more, there might have to be different checks on how those requests are made. There may be technological solutions that have to be found to do that.”

Still, he asked, “Does it make sense to do it, because people right now are concerned that maybe their phone calls are being listened to even if they’re not?

New York state Comptroller Thomas DiNapoli, who filed the resolution for disclosure by AT&T on behalf of shareholder New York State Common Retirement Fund, said Friday he welcomed the company’s decision. “My staff will carefully review the proposal and will engage with the company to ensure that the parameters of our shareholder resolution will be substantially implemented,” he said in a statement.

An opinion from the secret Foreign Intelligence Surveillance Court, which was declassified in September, said no company that has received an order to turn over bulk phone records has challenged the directive.

The opinion by Judge Claire Eagan spelled out her reasons for reauthorizing the NSA phone records collection for three months. Eagan concluded that the bulk collection of phone records does not violate the Constitution’s Fourth Amendment, which prohibits unreasonable search and seizure.

But a federal judge in Washington ruled Monday that the phone records collection is likely unconstitutional, calling the operation “Orwellian” in scale. The government is expected to appeal the decision by U.S. District Court Judge Richard Leon, who put his ruling on hold “in light of the significant national security interests at stake in this case and the novelty of the constitutional issues.”

The Obama administration has defended the program as a crucial tool against terrorism. The Supreme Court may well have the last word.