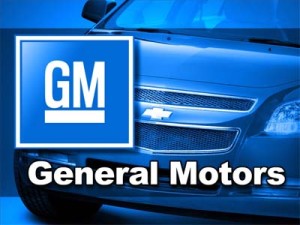 Congress, the Justice Department and the National Highway Traffic Safety Administration are all investigating General Motors Co.’s recall last month of 1.6 million vehicles for an ignition switch defect which can cause the car to stall and deactivate the air bags. The defect is linked to 12 deaths.

Here is a timeline of key events, based on documents from GM, NHTSA and the House Committee on Energy and Commerce.

2001: A report on the Saturn Ion, which was still in development, notes problems with the ignition switch, but says a design change solved the problems.

2003: A service technician reports that a Saturn Ion stalled while driving, and that the weight of the owners’ keys had worn down the ignition switch.

Late 2004: The Saturn Ion’s cousin, the 2005 Chevrolet Cobalt, goes on sale. GM learns of at least one crash where a Cobalt engine lost power after the driver inadvertently moved the key or steering column. GM engineers replicate the problem in test drives. An inquiry is opened within the company, but closes after potential solutions are rejected.

May 2005: A GM engineer proposes changing the design of the key. The solution is initially approved but later cancelled.

July 29, 2005: Amber Marie Rose, 16, dies in a frontal crash in her 2005 Cobalt. Investigators hired by NHTSA find that the Cobalt’s ignition had moved out of the “run” position and into the “accessory” position, which cut off power to the air bags.

December 2005: GM tells dealers to inform owners of Cobalts to take excess items off their key chains so the key isn’t pulled downward. Also, inserts placed on customers’ keys can prevent the keys from shifting while in the ignition. The bulletin includes the 2005-2006 Chevrolet Cobalt, 2003-2006 Saturn Ion, 2006 Chevrolet HHR, 2006 Pontiac Solstice and the 2005-2006 Pontiac Pursuit, which was sold in Canada. Warranty records show that only 474 owners got those key inserts.

April 2006: A GM engineer signs off on a redesign of the ignition switch. The new switch goes into cars from the 2007 model year and later.

October 2006: GM updates the dealer bulletin to add vehicles from the 2007 model year.

2007: Government safety inspectors look into reports of air bag failures and engine stalling, but can’t show that the vehicles are failing at a greater rate than peer vehicles.

March 2007: A group of GM employees learn from NHTSA staff of the 2005 fatal crash. By the end of the year, GM has data on nine crashes — in four, the ignition had moved from the run position to the accessory position.

August 2007: NHTSA contracts with Indiana University to study a 2006 Wisconsin crash in which two passengers died. The report finds the ignition in the 2005 Cobalt was in the accessory position and the air bags didn’t deploy.

2009: GM now decides to change the key’s head from a “slot” design to a “hole” design to reduce downward force. The key is changed for the 2010 model year — the last year the Cobalt is sold.

2012: GM widens the investigation, but it closes without reaching a conclusion.

January 2014:— A committee of GM executives approves a recall.

Feb. 25: GM expands the recall to include Saturn Ions and three other vehicles.

March 5: NHTSA demands that GM turn over by April 3 documents showing when it found out about the ignition switch problem. Barra promises employees an “unvarnished” investigation into what happened.

March 10 — A House subcommittee says it will hold a hearing, eventually set for April 1, on the GM recalls. The Justice Department is also conducting a criminal probe.

March 18 — Barra apologizes for the deaths that occurred. She appoints a new global safety chief.

March 25 — GM turns over documents to the House subcommittee.

April 3 — Deadline for GM to submit documents to NHTSA.

April 7 — GM expects replacement switches to be available at dealerships. The company says the repairs could take until October.