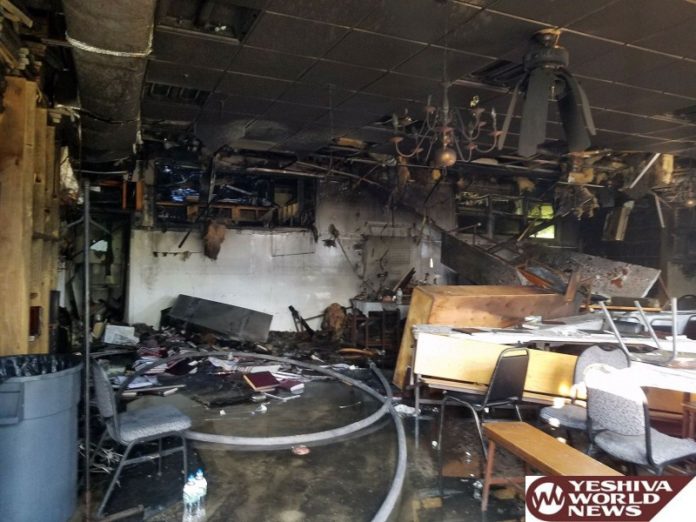 A fire ripped through a building in Kiryas Yoel on Shabbos, totally destroying a Shul.

The building houses some apartments, some commercial stores and the “Seylish Shul” – which is located at 252 Acres Road near Forest Road.

The fire started at around 3:30PM on Shabbos afternoon. Arriving fire fighters found smoke and flames pouring out of the first floor where the Shul was located. A second alarm was quickly transmitted.

More than 20 people were sleeping in the attached apartments. Thankfully the fire department was able to quickly evacuate everyone.

The Shul was totally destroyed in the fire, but Bichasdei Hashem, the Sifrei Torah were safely removed from the Aron Kodesh.

It appears the it was an electrical fire. 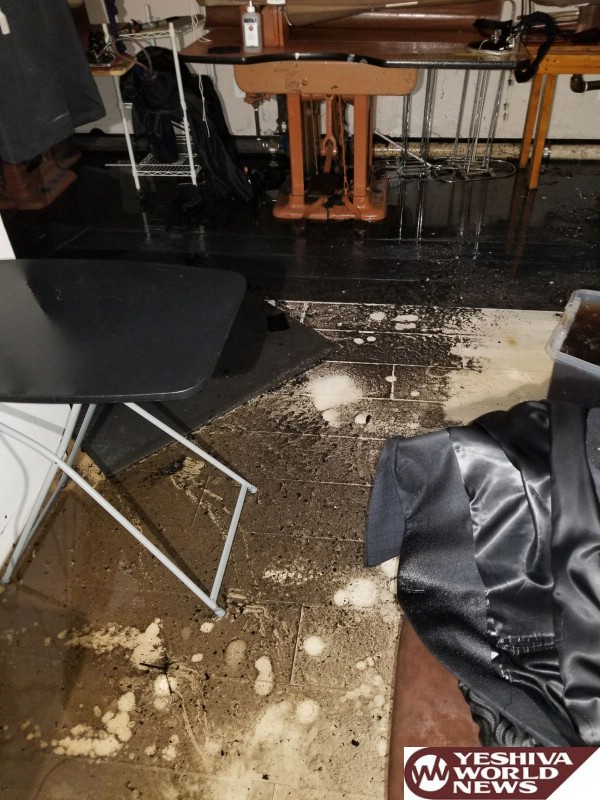 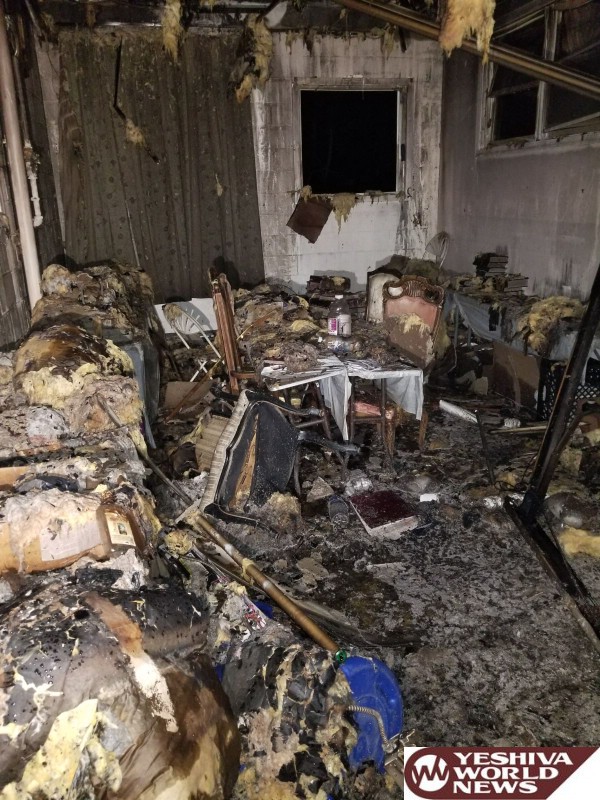 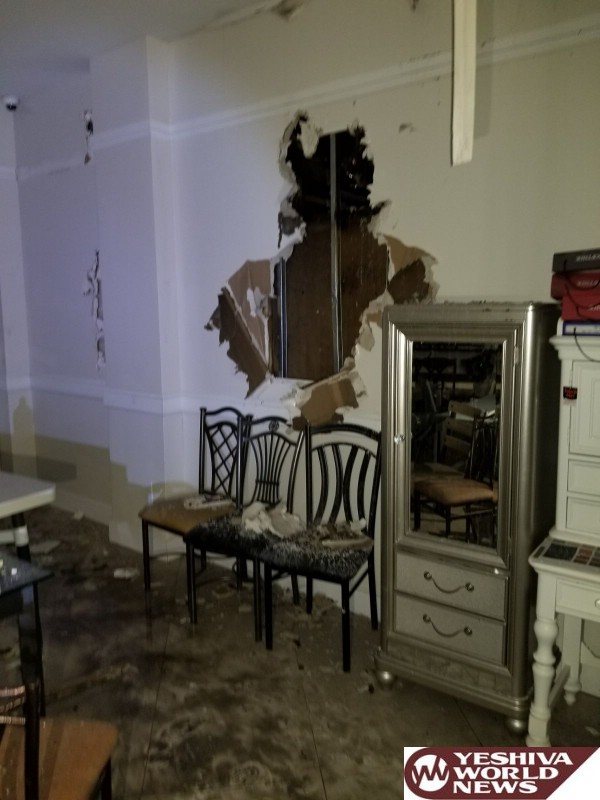 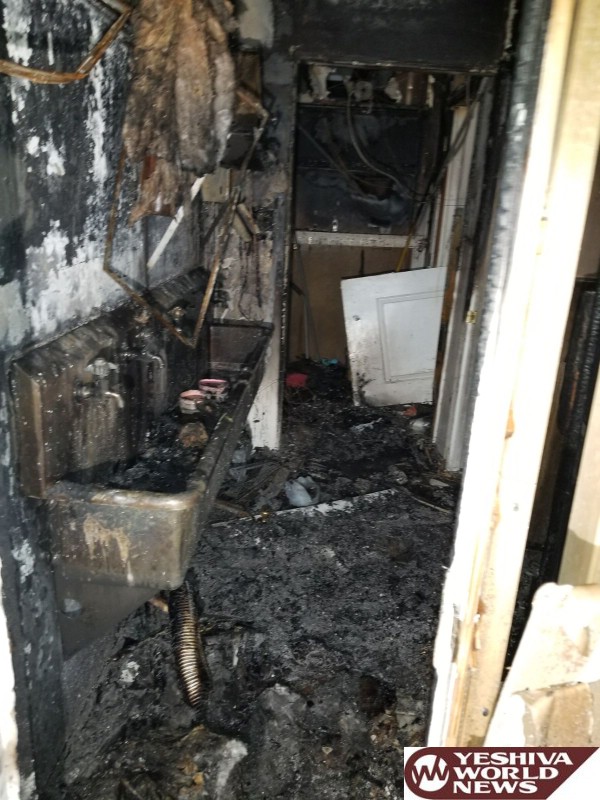 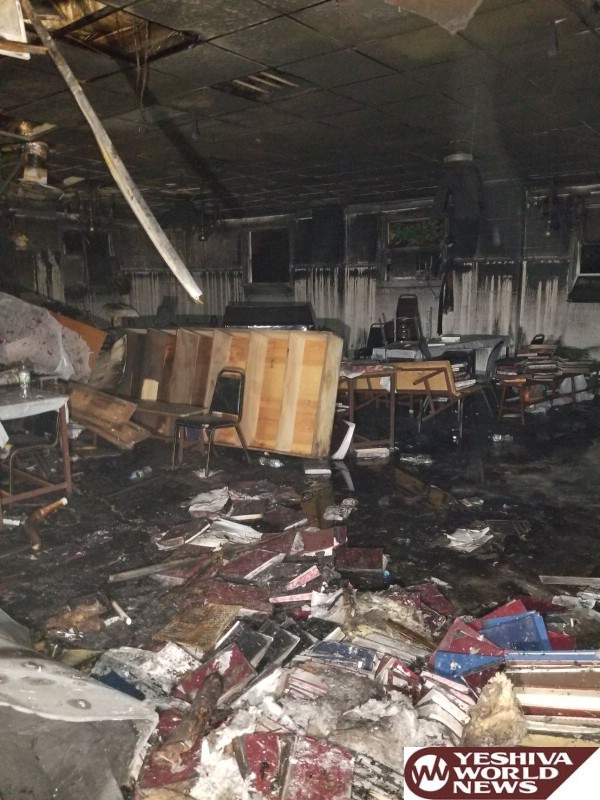 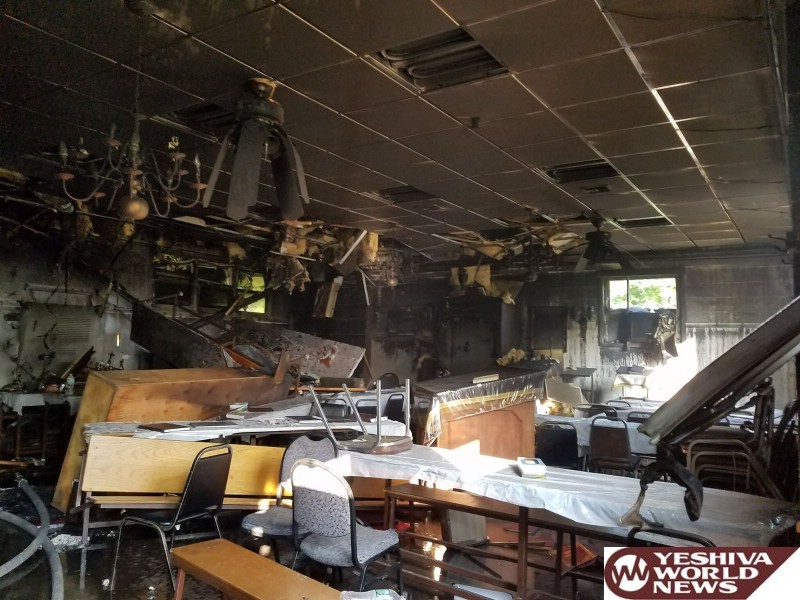 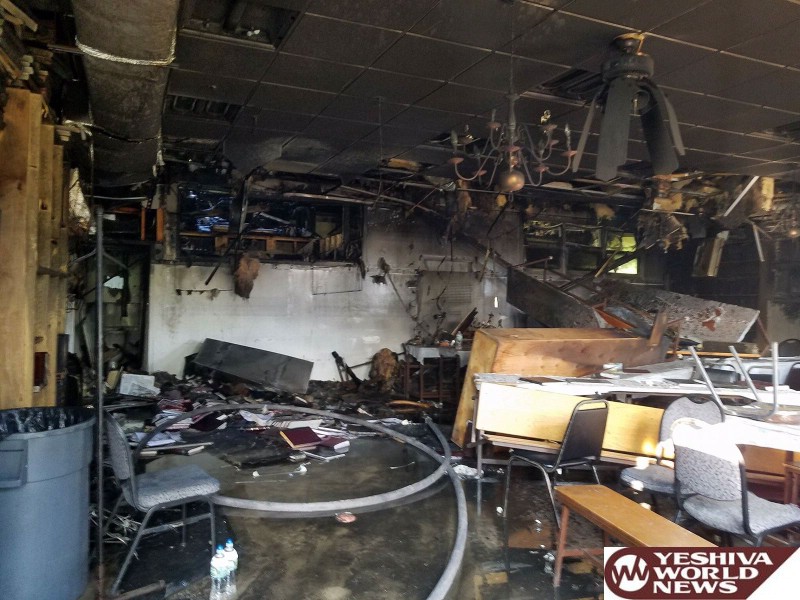