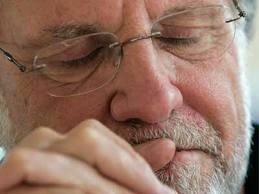 The court-appointed trustee in charge of dismantling the former New Jersey governor’s now-bankrupt trading firm, MF Global, says $1.2 billion in client cash is in the wind.

Forensic accountants tasked with reconstructing the firm’s books reportedly have separately confirmed that the shortage is much greater than originally feared.

If customer money was illegally used to cover trading losses in the days before MF filed Chapter 11, that could lead to criminal charges — and it makes it highly unlikely that any money will be recovered.

All of which has made Jon Corzine the symbol of all that’s gone wrong with Wall Street, right?

Corzine, so far, has been getting a pass.

Occupy Wall Street has been dumb as a stump on the scandal.

But so, too, have been Corzine’s fellow Democrats — who have ardently embraced OWS rhetoric in hopes of exciting the party’s hard-left base.

Not a word from Rep. Debbie Wasserman Schultz, who chairs the Democratic National Committee and who says OWS represents “the frustration that middle-class folks and working people feel that the wealthy always seem to have the wind at their backs.”

Or Vice President Joe Biden, who says the “core” of OWS is that “the American people do not think the system is fair, is on the level.”

(This is the same Joe Biden, by the way, who bragged that he and President Obama called Corzine for advice on their first day in office because “we knew he knew about the economy.”)

Or former House Speaker Nancy Pelosi, who is now raising money by piggy-backing on OWS, which she called “a grass-roots movement working to hold special interests accountable.”

And especially not from Obama, who has said “the protesters are giving voice to a more broad-based frustration about how our financial system works” — and who has himself railed against “fat-cat bankers on Wall Street.”

Or so you’d think, anyway.

Maybe they’ll all have something to say the day the FBI and federal prosecutors in both Manhattan and Chicago finish their ongoing investigations.

A day Corzine must be dreading.