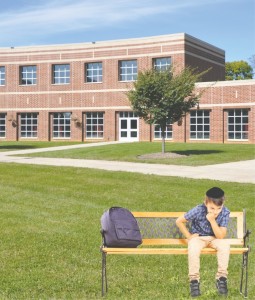 The following article is by Rabbi Pinchos Lipschutz, and appears in this weeks Yated:

As I was searching for pictures for this week’s edition, I came across several news photographs of workers cleaning out kvitlach from the Kosel. Apparently, this is an annual activity.

Prior to Rosh Hashanah, workers armed with hoses, sticks, brooms and shovels remove the thousands of notes that people place throughout the year in the crevices of the Kosel. They fall to the floor, where they are swept up, gathered together, placed into garbage bags, and transported to Har Hazeisim.

But I do know that the notes are filled with tears and heartfelt tefillos. With emunah temimah, people travel to the Kosel and commit their most heartfelt needs and requests to paper. They beg Hashem to help them with whatever problem they are experiencing. They ask for good health. For a shidduch. For a job. For shalom bayis. For a place to live. For children. For anything that a person can need or desire. Then they open a siddur or a Tehillim and pour their hearts out in prayer.

You’ve been there. You’ve seen it. Maybe you have even done the same.

It’s almost sacrilegious to send workers armed with sticks to dig into the wall’s holy cracks and take out the scraps of paper.

What is the solution? I don’t know.

How many pieces of paper can the Kosel hold? I don’t know the answer to that either.

But the picture and thought bother me.

Now, as the school year gets underway, there are hundreds of children who are being treated like those pieces of paper. Their parents invested years of toil and effort to raise them and prepare them as best as they can to live productive Torah lives. Their energy, money and tefillos are invested in their children.

Yet for too many parents, their child will not be in school on the first day. They were refused. Rejected. Treated like unneeded scraps of paper.

Imagine the scene: A father and a mother stand around a glowing child who picks up his shiny new briefcase filled with all the school supplies he lovingly picked out himself as he perused the aisles of the local store. The young boy literally bounces out the door and down the steps, stopping at the sidewalk to wait for the bus on that first day of school. The young boy is upbeat, excited, animated and energized as a new school year begins.

As the yellow bus pulls up to the curb, it represents the arrival of new opportunities for growth and accomplishment.

The proud parents wave goodbye, as their son does the same, his joy almost palpable through the glass window of the bus.

Watching this scene right next door is a girl about the same age. A tear trickles down her cheek as she ponders her predicament. She has no school to go to. Why? She has no idea. What did she do wrong? Nothing at all. Standing behind her silently are her own parents, a father and a mother who have done their best to raise a good, wholesome Torah family. They did all they can to instill Torah-true values in their progeny. What they never expected was to experience this proverbial knife to the heart, being told by one school after another that there is no room for their young, charming, innocent daughter.

They are simple, hardworking, ehrliche people. Some aren’t wealthy, some are. Some have yichus, others don’t. Why should that even make a difference? They are our siblings, children of our greater family.

They stare out of their windows. They look up at a sky that appears to be dark and foreboding even though the sun shines brightly. Their tears flow as they wonder what to tell their children.

Their thoughts wander. “Where is everyone? Where are the people who say they are there for us? How can everyone pay lip service to the cause of children’s chinuch and then turn a blind eye to a neshomah that is breaking apart in front of our eyes?”

How can we tolerate what is going on? How can we sleep at night when we know that there are parents and children crying a whole day, unable to sleep, feeling unwanted, abandoned and forsaken?

Fine, honest, upstanding people cast away for no good reason.

As a community, we have to put a stop to this annual torture. We have to rise up together, whether we have children of school age or not, and whether we are affected by this problem or not.

We must declare that we will not tolerate this anymore. We must declare that the Torah is a Toras Chessed. The Torah commands us to treat other people as we want to be treated. Every Jew is precious. Every child is a treasure. We may not stand by and make believe we don’t know this is going on. Each one of us has an obligation to say, “Yodeinu lo shofchu es hadam hazeh.”

The Ponovezher Rov, whose yahrtzeit was this week, once asked Rav Yehoshua Zelig Diskin, the rov of Pardes Chana, to arrange a loan for him. He explained to Rav Diskin that he desperately needs the money by the next day in order to keep the Ponovezher Yeshiva going, but he has to travel to an important meeting of Torah leaders the next day in Yerushalayim. The Rov said he couldn’t miss the meeting and needed Rav Diskin to arrange a loan for him.

Sensing the urgency of the matter, Rav Diskin obtained a loan to keep the yeshiva afloat and brought the money to the yeshiva office in Bnei Brak. While there, he learned that the Rov was home and had not gone to the meeting in Yerushalayim he had said he could not miss. Worried, he rushed to the Rov’s home to make sure that everything was okay. He walked into the house and saw the Rov with a young boy. They were both crying.

Rav Diskin asked the Rov what was going on and why he hadn’t gone to the meeting. The Rov responded that he had left his house and, as was his practice before traveling to Yerushalayim, he stopped at the Batei Avosorphanage he had established for children who had lost their parents in the Holocaust to part from his beloved yesomimlach.

There, the Rov noticed a child crying. He learned that the boy had just been informed that his beloved brother was killed by the Nazis.

“The child was inconsolable,” the Rov said, “and he kept on crying. In an attempt to calm him down, I brought him to my house, but he keeps on crying, and I am crying with him and trying to comfort him.

“How can I travel to that meeting when I see a Jewish child crying?” said the Rov to Rav Diskin.

The Rov’s question is an alarm. It is a question that should be ringing loud and clear in our minds and hearts. How can we go about our daily rituals while, all around us, children are crying? How can we sit calmly when the cries of children can be heard far and wide?

How can we sit calmly during the Yomim Noraim knowing that children and adults are crying?

How can we feel comfortable with the approach of Rosh Hashanah and Yom Kippur when we know that children and their parents have been rejected and we have allowed this problem to fester?

How can we face the Ribono Shel Olam on the Yom Hadin without doing everything in our power to ensure that His precious children have been given the opportunities they deserve?

Do I have a solution to this problem and the others that plague our community and cause children to cry? No, I don’t, and maybe you don’t either. I am not blaming or faulting anyone. But if we would band together as a community and treat the problem as if it were our own, we would collectively find solutions.

Good people have to join together to analyze what is at the root of the problem in communities plagued by having children out of school. We have to examine the issues and determine what can be done so that every child is guaranteed a spot in a school where they can grow. Personally, I think a fund should be established to help fund the opening of new schools in growing communities. Merely squeezing more children into already over-crowded classrooms may solve the immediate problem but will lead to new ones. Perhaps the fund could be devolved into something large enough to assist in the expansion of existing facilities as well. There are those who have taken the initiative to open new schools, despite the challenges and difficulties involved in doing so. They should be commended and others should be encouraged to follow their example.

But the situation as it is now cannot be allowed to continue. It may be that there is an explanation for each individual case but taken as a whole there are too many children who are left out. There is something wrong and we have to resolve to correct it.

The purpose of this article, which my rebbi Rav Shmuel Kamenetsky asked me to write, is not to impugn or malign anyone, but to rally people to work towards a solution. Please join me.

We are, boruch Hashem, blessed with enough talented people, with enough money and with the wherewithal, to put an end to this annual sadistic ritual.

With achdus and brotherhood we can overcome all that confronts us and all our communal challenges.

Let us come together to help these fine people.

We are a community of Torah and chessed.

Let us all resolve once and for all to remove this stain.

May our efforts bear fruit, and may they be a source of merit for us on the approaching Yom Hadin.

(Article is in this weeks Yated)