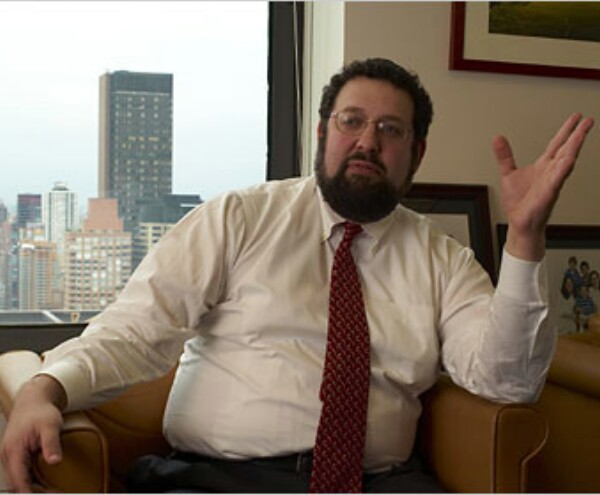 [Originally appeared in today’s Daily News – submitted to YWN by the author]:

A federal appeals court recently issued a decision sharply criticizing a third-term Bloomberg administration health regulation that reflects its we-know-best attitude. By now this is a familiar story — but this judicial slapdown involves circumcision, not soda.

The regulation prohibits a mohel from performing circumcision that includes metzitzah b’peh — direct oral suction from the wound — unless the parents sign a city-issued consent form outlining health risks and declaring that “the New York City Department of Health advises parents that direct oral suction should not be performed.”

Three mohels and Jewish organizations filed a federal lawsuit challenging the rule — the only curb on ritual circumcision ever enacted in the United States — arguing that it violates the First Amendment’s guarantees of freedom of religion and speech.

The lower court sided with the city, but the appeals court disagreed, concluding that the regulation “purposefully and exclusively targets a religious practice for special burdens.”

The city says that the regulation was adopted to prevent the transmission of herpes, a dangerous virus that can be deadly in newborns. While there are only a handful of cases of neonatal herpes in the city each year, and no precise statistics on the prevalence of metzitzah b’peh , the city asserts that the incidence of the virus among children whose circumcision includes the ritual is statistically higher than it should be.

All health concerns must be taken seriously, especially those involving infants. But the city’s case is weak.

To start, none of the experts the city relied upon were able to scientifically link any specific case of herpes to metzitzah b’peh . The expert affidavits that they submitted said only that it is “biologically plausible” that the virus can be transmitted through metzitzah b’peh , which, they assert, increases the risk of transmission.

Even more damaging is that the rule targets only the few infections that arise after circumcision, even though the vast majority of newborn herpes infections are linked to other factors.

By focusing solely on a small subset of babies’ herpes cases while ignoring all others, the city invites skepticism about whether it was truly driven by a desire to improve health — or just wanted to regulate religion.

It is revealing to compare the city’s approach to circumcision with its response during that very same year — 2012 — to a proposed regulation to require bicyclists to wear helmets. An average of 20 New York City bicyclists die each year from injuries sustained while cycling. Nevertheless, the city opposed helmet regulations that would have reduced such injuries. Why?

Because it believed that requiring helmets would send a message that bicycling is dangerous, which has the effect of discouraging biking. In other words, the city balanced the proposed helmet regulation’s benefits (fewer head injuries) against its costs (less biking) and decided it wasn’t worthwhile.

City bureaucrats apparently saw no such value when considering circumcision.

Which gets us to the most important point: How can any government assess the costs and benefits of practices such as a circumcision ritual, which are purely spiritual? And how can the city put a value on the desire of parents to raise their children in a particular religious tradition?

When the nanny state and the secular state converge, it is no surprise that government finds no value in religious ritual and no inclination to defer to parents. It offends equally both parental and religious rights.

As public advocate, Bill de Blasio criticized the adoption of this regulation — but he has yet to do anything about it as mayor. The court ruling gives him the perfect opportunity.

Instead of pursuing endless litigation, the city should now do what the rest of New York State tried several years ago: adopt a protocol that involves testing a mohel when herpes follows a circumcision with metzitzah b’peh , prompting treatment or even a ban from performing the practice if DNA testing links the virus to the mohel. All 57 New York counties outside of New York City previously endorsed this idea, as did religious leaders in the communities where metzitzah b’peh is most prevalent.

That would show respect for parental and First Amendment rights, and would demonstrate that the city is actually more interested in promoting the health of newborns than in prohibiting a religious ritual that has been practiced for millennia.

Schick is a partner at Dentons. From 1999 to 2009, he served in state government as a deputy attorney general and as president of the Empire State Development Corp.