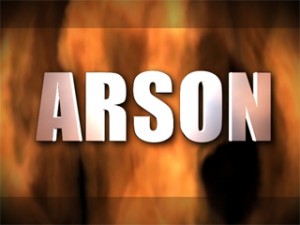 The following is via the EJP:

A fire, which appears to be criminal, broke out early Tuesday morning at a synagogue in Brussels. According to Belgian daily La Dernière Heure, one or more people managed to enter the building and set several fires on the fourth floor of the building.

Three people, a woman and two children were present at that time in the synagogue, were slightly injured by the fire which was quickly extinguished by Brussels firefighters Brussels. The three are the family of the synagogue’s caretaker who was absent that day.

The synagogue is located in Anderlecht, an area in the south west of Brussels mainly populated by Muslims. The commune, located near the south train station,was once home of a large Jewish community.

A police cordon was deployed in the streets around the synagogue, while police forensic services are searching for clues.

Asked about the reasons of the fire, Yehuda Guttmann, president of the Jewish community of Anderlecht, declared: “I do not know … If the act was anti-Semitic, the authors would have burned a Torah, the sacred books. And that’s not the case. Here we live at peace with everyone.”

Sixty families are part of the synagogue community, 240 people in total, according to its president.

The synagogue was already targeted by a Molotov cocktail in 2010 “Neighbors had extinguished the flames,” recalled Guttmann.

The incident occurred almost four months after the shooting attack at the Jewish Museum of Brussels in which four people were killed.

On Sunday, stones and bottles were thrown at people visiting a memorial dedicated to the Jews in Belgium who were killed in the Holocaust. The memorial, which is located nearby the Anderlecht synagogue, was open to the public in the framework of the European Day of Jewish Culture.

Belgium as well as other European countries have witnessed an outburst of anti-Semitic incidents in the wake of the recent conflict between Israel and Hamas. Synagogues and Jewish shops have been attacked in Paris.