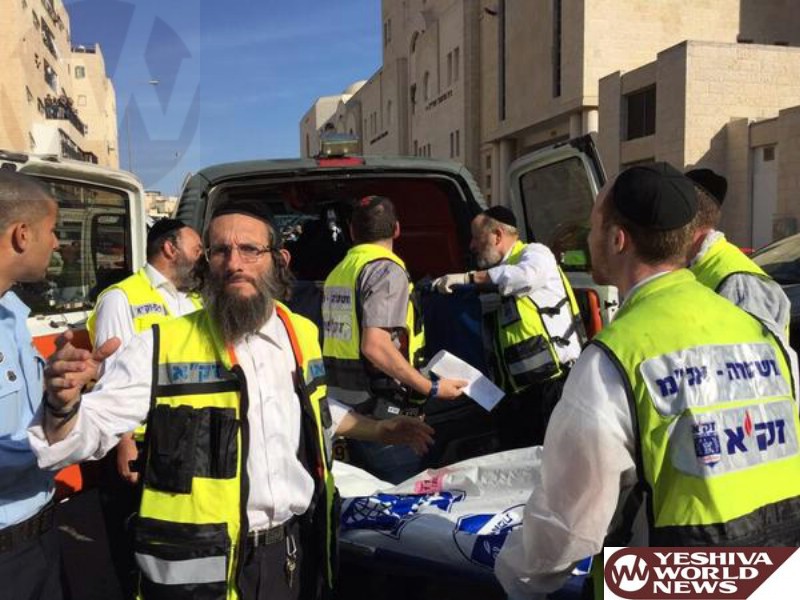 Jerusalem is in tears. The tragic murders of four holy people in a Har Nof shul today has the entire nation of Israel and their Jewish brethren across the world in a state of despair. In Gaza, they handed out candy in celebration. In the meantime, for the past several weeks Hamas and Abbas of the PA have been encouraging Arabs to use every means at their disposal to riot.

But there is an approach that could work, and it lies in the American model in the aftermath of the second World War. How did the United States deal with a nation that grew up under the dark leadership of the villainous tyranny of the Nazis? The answer? Believe it or not, it was the policy of DeNazification as implemented by the now little known, General Lucius Clay.

What did DeNazification involve? Firstly, it involves stopping Nazi newspapers and broadcasts. But it primarily involved a combination of implementing what is known as the carrot and the stick.

The idea was to eliminate the scourge of Nazism and its vile philosophy through trials, prosecution, and replacement. The lists of Nazi party members were obtained.
Every German citizen was categorized into one of five categories: Major Offenders, Offenders, Lesser Offenders, Followers, and Exonerated Persons.

Major offenders were either sentenced to death or to prison for many years. Textbooks were rewritten, censorship was applied. Nazi imagery was made illegal. In short,– an end was put to the Nazi hero-worship.

And then there was the carrot. Millions of dollars were poured into education, and industry. Germany’s national infrastructure was rebuilt and modernized. Mercy and moderation was given to lesser offenders and followers.

General Lucius Clay oversaw the entire program with remarkable impartiality. But more than this, he cared for the well-being of post-war Germans. When the USSR blockaded West Berlin, it was General Clay who orchestrated the Berlin Airlift.

What were the results? Germany once again rejoined the family of nations. It became one of the strongest democracies in Europe and a supporting member of NATO. They have also been a strong United States ally since the end of DeNazification and they have been very supportive of the State of Israel.

Germany recognized the debt of gratitude that they owed to General Lucius Clay. He was given an honorary doctorate from the Frei Universitat of Berlin, became an honorary citizen of Germany in 1953 and even had one of the longest streets in Berlin named after him. Germany appreciated what he had for her.

The modern parallel to DeNazification is something called DeTerrorization.

The first thing that should be done is to use Israel’s existing technology to jam all inciteful radio and television broadcasting.

This program would also implement both the carrot and the stick in the Palestinian territories. Support for terrorism and the hero worship would come to a complete end. The textbooks calling for the killing of Jews and the destruction of Israel would be eliminated. Payments by the government to families of a terrorist would stop. In short, anyone with a background of support for the killing of innocents or for other terrorist acts would be removed form any position of leadership.

They would be replaced with a new crop of leaders comprised of those untainted by terrorism.

And then comes the carrot. A new infrastructure would be built and new system of education would be developed. Medical schools, schools for emerging technologies and a Palestinian silicon valley.

But rebuilding Germany without the program of DeNazification would have been fruitless and indeed counter-productive. The same is true with De-Terrorization. One cannot build a new infrastructure for a people that on a second’s notice will form an alliance with a terrorist organization. One cannot build a relationship of peace with those who support kidnappings of young high school boys.

It is time, in light of these attacks on innocents, these vile kidnappings and murders, that we launched such a program. Now is the time to completely knock out Hamas and all organizations like it. It will be a politically difficult decision to make, but it is the only manner in which a lasting peace can be forged.