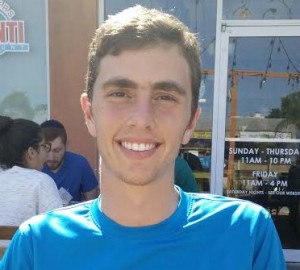 Those words have a very troubling ring to anyone familiar with the rest of the story. Ironically, those words could also be used to describe the current state of the relationship between President Barack Obama and Prime Minister Netanyahu.

Let’s not fool ourselves; since Obama’s first term in office, he and Netanyahu have not exactly been the best of friends. In fact, in the 2012 presidential election, Netanyahu almost openly declared support for Romney over Obama. But despite the media’s thirst for a more personal conflict between them, neither gave in and they managed to keep it civil, for the most part. Lately, however, their relationship has deteriorated to the point where Obama is openly considering cutting personal ties with Netanyahu altogether, and putting Secretary of State Kerry in charge of managing the relationship.

That’s not to say that Israel and the United States are close to breaking their historic alliance – Obama stated recently in an interview with the Wall Street Journal that he is still wholeheartedly committed to the total security of Israel in the face of the Arab terrorist threat. But the impression this rift gives to Iran and to the Palestinian Authority is one we should be extremely careful to stay away from.

What kind of message does it send to Iran that the leader of our country cannot get along with the leader of our strongest ally? What kind of message would Hitler have received if FDR and Stalin would have been in a public feud, to the point of not even speaking directly to one another, while fighting against the Nazis? And it definitely matters, because with relation to the Iran nuclear situation, Israel is to America what an EMT is to a doctor.

Now, Netanyahu is not without blame either. In fact, I quite understand Obama’s frustration. Netanyahu came to the United States with an invitation from one of Obama’s biggest rivals in Congress, against the strong wishes of the Obama administration, and delivered a speech in which he undermined Obama’s entire strategy in dealing with Iran. And then, on the day of the elections in Israel, Netanyahu unequivocally stated that there would never be a Palestinian state under his watch, something the Obama administration had been working hard towards, presumably, with Netanyahu’s support.

I understand. But the way Obama has handled the ensuing conflict is no way to behave towards your strongest ally in the entire continent, especially as the one who holds the upper hand in the relationship.

Recently, Obama’s Chief of Staff Denis McDonough, addressing J Street – a group that could only be considered an Israel-advocacy group if what they’re advocating for is Israel’s destruction – said that the “occupation that has lasted for almost 50 years must end”. Occupation? Really? Regardless of how much – or how little – truth there might be to that statement, what kind of message does that send to Israel about the legitimacy of its claims in the eyes of the US and the willingness of the United States to serve as an honest broker for a deal between them and the Palestinians?

Realistically, a deal that is satisfiable to Obama will not be reached under Netanyahu’s rule. That much is clear. And the Israeli people have unequivocally stated that they support Netanyahu’s position on this issue, seeing as how they gave him a fourth of the votes on election day after he shattered any remaining illusions of a two-state solution taking place any time soon.

So the people of Israel have spoken. Now it’s time for the people of America to voice their opinion. Do we still support our only ally in the region and one of our strongest allies worldwide despite the fact that they won’t cooperate in making peace under our terms?

If the answer is yes, then it is crucial that we voice that to our public servants in Congress so that they could carry the message to the White House. Or actually, why not go straight to President Obama? After all, the democratic contract states that he is there as our mouthpiece, our emissary to act upon and further our interests.

It is now time to put childish whims aside and focus on the important things. As anyone who has worked on a team will tell you, sometimes you must put pride and ego aside in order to cooperate with those who can help you accomplish what you were sent there to do.