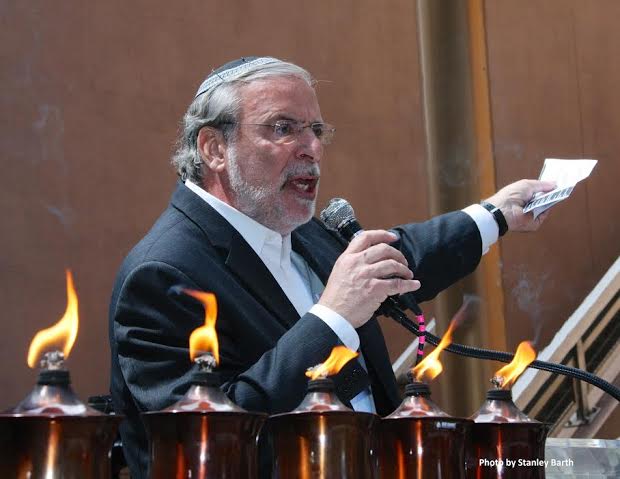 I applauded when James B. Comey, the director of the Federal Bureau of Investigation, so candidly and guilelessly admitted last week the terrible truth that too few people ever want to acknowledge: Hitlerian anti-Semitism did not exist in a vacuum.

While monsters like Hitler, Goebbels, Bormann, Eichmann, Mengele (their names should be erased) stand out as the most notorious of the Nazi murderers, these individuals were truly the tip of the iceberg. The iceberg itself was not made up solely of men who rose to power in a Germany gone mad. The iceberg—or icebergs, as it were—were the tens of thousands of individuals from neighboring Poland, Ukraine, Latvia, Lithuania, and Hungry who participated willfully, knowingly, and often gleefully in the humiliation, brutalization, and eventual murder of their Jewish countrymen.

“In their minds, the murderers and accomplices of Germany, and Poland and Hungary, and so many, many other places didn’t do something evil,” said Comey. “They convinced themselves it was the right thing to do, the thing they had to do. That’s what people do. And that should truly frighten us.”

It certainly frightens me. And what’s equally frightening is when people, well-meaning or otherwise, deny the very facts surrounding the atrocities that occurred during the Holocaust. In so doing, they pave the way to not only future atrocities but make allowances for the current wave of violent anti-Semitism that Europe is now experiencing.

Rather than angrily denounce FBI Director Comey for speaking uncomfortable truths that they’d rather not hear, Polish political leaders, if they were honest, should accept the crimes of their forebears, as many in Germany have done. The past can neither be forgiven nor forgotten, but steps can be taken to ensure that monstrous misdeeds are not repeated. German Chancellor Angela Merkel has done just that. Indeed, today’s German government seems eager to distance itself from the barbarous German Nazi regime. As any destructive addict who finally sought salvation will explain, admitting the problem is the most important first step.

My parents and their families were victims of Nazi atrocities. With the help of G-d, they survived the camps and the raging anti-Semitism that swept last century’s Eastern Europe. They saw with their own eyes that neither Hitler, his henchmen, nor even the Germans alone were the isolated villains. Indeed, my mother (may she rest in peace) and many others were quick to point out that the cruelty of the Poles (and the Ukrainians, Latvians, Lithuanians, and Hungarians) often belittled the methodical murders of the occupying German Nazis. The Nazis could never have been successful in exporting torture and mass extermination without the acquiescence and willing participation of the Poles and other peoples of host nations where these murderous acts occurred. They didn’t just stand by and allow six million men, women and children to be systematically murdered: They participated. And they did so voluntarily. They played a major role.

The 93-year-old Nazi now on trial in Germany speaks about his guilt. “It is beyond question that I am morally complicit,” he says. What he won’t admit, though, is that he actually did anything. “I did not take part,” he says.

And this is what Polish political leaders want us to believe about their grandparents. No one did anything. Just a handful of German Brown Shirts.

Yitzhak Shamir, the seventh Prime Minister of Israel, once noted—to equivalent Polish outrage—that “every Pole sucked anti-Semitism with his mother’s milk.” Perhaps the Prime Minister was engaging in a modicum of hyperbole. The word “every” does not allow for those who we honor each year as “the righteous among the nations.” But the exception often proves the rule. After all, how many Jewish camp survivors, withered and orphaned, were murdered by Polish farmers when they finally returned to their homes? A denouncement of those atrocities by Polish officials is still forthcoming.

So I applaud FBI Director Comey. What he said was honest, simple, and direct. It’s not said enough. Comey’s words were a moment of sobering candor and reality that he should not apologize for. And neither should we.