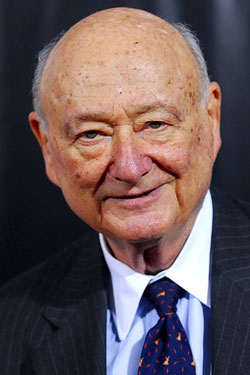 I predict a Republican victory of tsunami proportions on November 2nd.

For the last six months in various public forums, I have said that Republicans will take both the House and Senate. Most political observers, citing statistics from various states, continue to say that, while it appears certain that the House will go Republican, there are too few Senate seats in play for a Republican takeover. Further, many pundits state that Democrats will preserve their control of the Senate because the Republican Party has undermined itself by fielding whacko and semi-whacko candidates from the “tea party” wing or otherwise offering inferior candidates, e.g., Christine O’Donnell in Delaware, Rand Paul in Kentucky, Sharron Angle in Nevada, Linda McMahon in Connecticut and Carly Fiorina in California.

Without being able to cite statistics that support my view, I nevertheless predict the Republicans will also take the Senate. Imagine what the Republicans could have done if they had really good and visionary leadership. But they don’t. Indeed, in New York State, the Republican Party is seen as a bad joke, totally leaderless and without candidates who can win, despite new corruption allegations involving the Democratic Party in Albany. Take, for example, gubernatorial candidate Carl Paladino. He has disgraced the Republicans with his antics and ridiculous statements and is trailing by double digits in the polls. The Republican candidates running for the two Senate seats now held by Chuck Schumer and Kirsten Gillibrand have had little impact and are given no chance of winning. Jay Townsend, who is running against Chuck Schumer, is totally unknown and unfunded, and running against a Senator who is known everywhere and is held in high regard. Joe DioGuardi, who is running against the recently-appointed Senator Kirsten Gillibrand, is unable to engender major support at a time when incumbents appear to be bearing bulls-eye targets on their backs.

New York State notwithstanding, I predict that mounting anger around the country will carry Republicans to victory in both Houses of Congress.

Why would intelligent voters leave the Democratic Party that they endorsed so heavily two years ago in the 2008 presidential election? The reason is obvious – deep, deep disappointment in the record of President Obama. The President has wasted many opportunities in his term to date, and has lost by his own admission almost every battle for the hearts and minds of the electorate in pushing through Congress monumental legislation that he signed into law.

Why did the President and Congress insist on reinventing the wheel when it came to health care coverage? Weren’t there prototypes in Europe and elsewhere developed and used for more than 50 years with proven track records that could have been used as models? Did the President and Congress have to terrify people who had insurance coverage in order to provide coverage for the additional 32 million Americans covered under the new law? Couldn’t those without insurance have been attached in some way to the Medicaid rolls? Why did the President and Congress sell out to the prescription drug companies and strip Medicare of the right to negotiate volume discount purchases that could have saved U.S. taxpayers more than a trillion dollars over ten years? What rankles most for many, including me, is why have there been so few criminal prosecutions of those who are responsible for having brought the U.S. economy to its knees, destroyed the nation’s prosperity and caused millions of Americans to lose their homes, their jobs and a substantial portion of their retirement savings? Why when looking at Obama’s cabinet and advisers, do we see the faces of those who many hold responsible for the economic debacle?

It is for these reasons, I believe, the coming November tsunami will roll across America and give the Republicans, who are undeserving of the honor, control of both Houses. The American public is enraged and wants to punish those who have been in charge of the country. They know those who will replace incumbents may be as bad or worse, but they also believe they can’t do any greater damage. They are willing to put up with them until the next election to teach our elected representatives a monumental lesson — that public service is an honorable profession and must be performed competently and honestly.

We are an optimistic, generous people, who believe in fairness and justice. And we will be heard.

Ed Koch is the former Mayor of New York City.