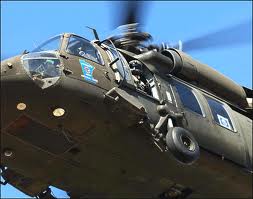 The following Op-Ed is from Andrew Malcolm, and appears in the LA Times:

According to another one of those White House briefings of reporters designed to suck up all available credit for good news, President Obama’s homeland security advisor reveals that it was a really tense time in the air-conditioned White House as unidentified U.S. Navy SEALs closed in on the world’s most wanted man after midnight a half a world away.

The heavily-armed commandos flying in a quartet of darkened Blackhawk and Chinook helicopters more than 100 miles into Pakistan were probably listening to their iPods and discussing the NFL draft.

“The concern was that bin Laden would oppose any type of capture operation,” said Obama’s Sherlock Holmes. So U.S. troops were prepared “for all contingencies.”

In fact, this weekend was such a tense time in the White House that Obama only got in nine holes of golf. But he still managed to deliver his joke script to the White House Correspondents Assn. dinner Saturday evening.

Sunday was, Brennan revealed to his eager audience, “probably one of the most anxiety-filled periods of times in the lives of the people assembled here.” Poor poor bureaucrats. Extra Tums all around. Did someone order dinner?

There may have been a little anxiety aboard those combat choppers. Who knows? We can’t hear from them. And, as every day, anxiety in the kitchens, hearts and mind of thousands of military families who put up with the terrifying uncertainty of the dangerous deeds their loved ones have volunteered to secretly do for their country.B During his 49 minute presentation Brennan did squeeze in one reference to the mission’s “very brave personnel.”

But the emphasis, with 2012 just around the calendrical corner, was on the boss’ valor. “There was nothing that confirmed that bin Laden was at that compound,” Brennan related as if such uncertainty is uncommon in war.

“And, therefore,” Brennan continued, “when President Obama was faced with the opportunity to act upon this, the president had to evaluate the strength of that information and then made what I believe was one of the most gutsiest calls of any president in recent memory.”

According to early reports of the incident, detailed here in The Ticket, 24 SEALs rappelled down ropes from hovering Chinooks in post-midnight darkness Monday Pakistan time with Osama security forces shooting at them. Brennan didn’t have much time to go into all that today, the goal is to elevate the ex-state senator to at least a one-star commander-in-chief.

Here’s something else that didn’t get much recognition in all the street celebrations or all-hail-Obama briefings:

The trail to Monday morning’s assault on Osama’s Pakistan compound began during someone else’s presidency. That previous president authorized enhanced interrogation techniques which convinced folks like Khalid Shaikh Mohammed to give up, among many other things, the name of their top-secret courier, now deceased. His travels ultimately led the CIA back to Osama’s six-year-old suburban home.