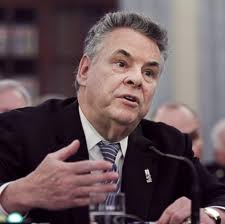 Earlier today word surfaced from a senior intelligence official that critical information that ultimately led to the attack on Osama bin Laden’s compound came from Khalid Sheikh Mohammed. Others, including former Secretary of Defense Donald Rumsfeld, hinted that some interrogation techniques at Gitmo may have contributed to the successful capture of bin Laden. During tonight’s O’Reilly Factor, guest Rep. Peter King (R-NY) claimed to host Bill O’Reilly that the information that led to bin Laden’s death came as a result of waterboarding.

Watch the clip courtesy of Fox News and MediaIte.