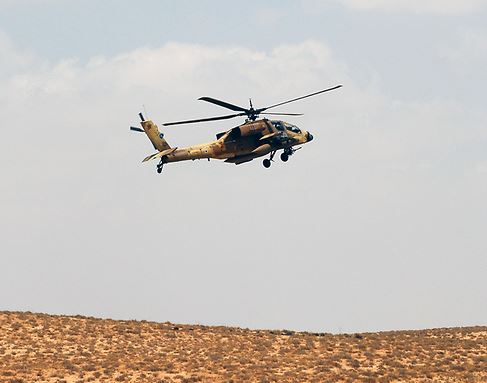 An IDF Apache helicopter on a training mission crashed on an army base in southern Israel, killing one pilot and critically injuring the second, the IDF said on Monday night.

The pilot reported a technical issue shortly before 9:00PM (local time) as the chopper was concluding a training exercise at the Ramon Air Base in the Negev desert.

The chopper crashed on the runway just a few minutes after the issue was reported. The IDF spokesperson said it was flying relatively low at the time of the crash, about at the height of the flight tower.

The pilot, a reserve Air Force major, was killed. The co-pilot, a lieutenant, was critically wounded and evacuated to Saroka Hospital in Beersheva, the army spokesperson said. Their names were not immediately released. They were the only two on board.

The cause of the crash has yet to be determined. The IDF said a team of investigators was immediately dispatched to the scene. The spokesperson added that the entire fleet of Apache helicopters have been grounded pending further review.

In June, the entire fleet of Apaches were also grounded after a crack was found in the rear rotor of one of the helicopters.

It was not immediately clear if Monday night’s crash was caused by a problem connected to the rotors, the army spokesperson said.