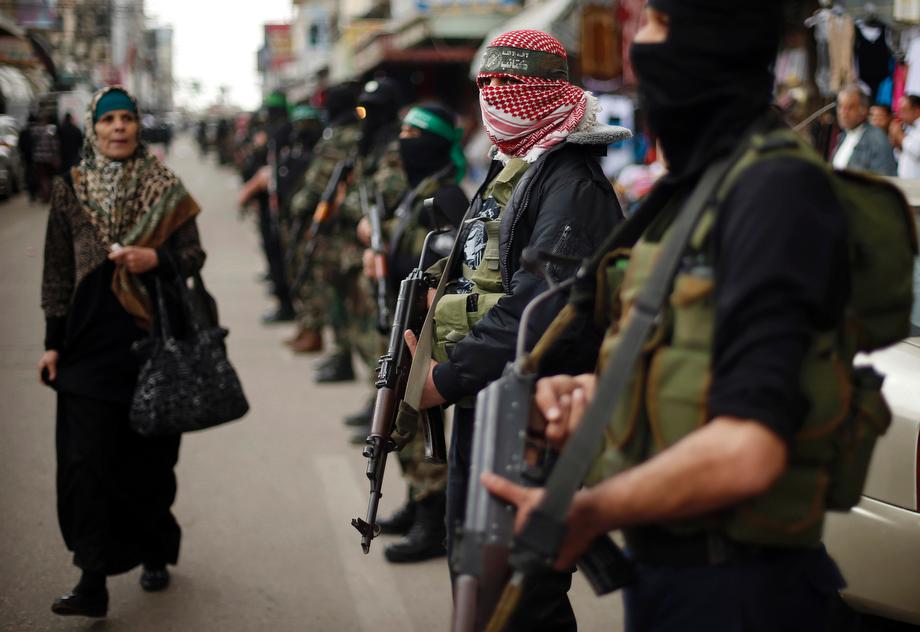 Yechi Sinwar, a leader of Hamas in Gaza said on Tuesday evening that his organization will not relinquish the stockpiles of weapons that it has amassed in favor of the recent agreement signed between Fatah and Hamas. “The Palestinian nation is still struggling with its national independence, and it is impossible to relinquish our armaments at this stage,” he said. “The weaponry of resistance does not belong to Hamas, or even to its military wing, but to all Palestinian residents of Gaza.”

Sinwar added that the military wing of Hamas is in good operational standing currently and can unleash an assault on Tel Aviv in 51 minutes equal tot hat which it has unleashed in 51 days previously (51 days was the length of Operation Protective Edge in 2014).

Earlier, Fatah leader and Palestinian Authority President Mahmoud Abbas spoke about the issue of Hamas’ weapon stockpiles. Abbas said that the Palestinian Authority (PA) will not accept the existence of militias within Gaza under the new agreement. In response, Sinwar stated that the only group in Gaza who is beholden to the agreement is Hamas. “If Fatah was even 20% as serious with regards to the agreement as we are, then the separation would have been over already.”

Israel believes that as relations heat up with Hamas, it is reasonable to assume that Iran is attempting to establish more accurate rockets in the Gaza strip. During a recent Hamas visit to Iran, the advisor to the Iranian foreign minister, Sheikh Hussein al-Islam said that: “Anything that Hamas asks for and Iran can supply, they will receive.”

Israel’s biggest fear currently from Iranian help to Hamas would be the enabling of Hamas to build their own accurate weapons and delivery system. If Hamas were to receive an upgrade that would allow them to develop their own rockets that would be more accurate, this alongside the Hezbollah threat in the north would be very worrying to Israel.

Abbas and other high-ranking members of Fatah and the PA have stated over and over again that they will not finalize the agreement with Hamas unless the PA were to receive full security control of the Gaza Strip.