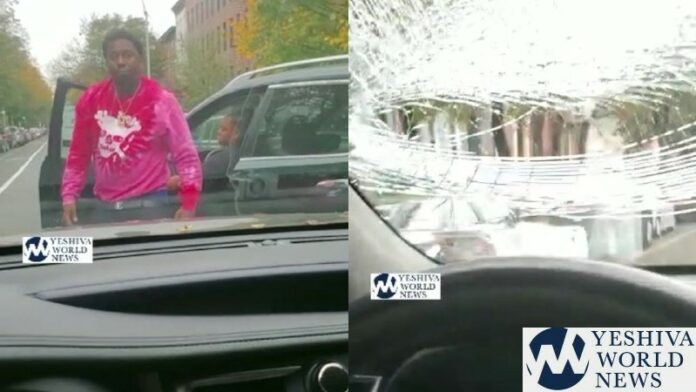 Two Hasidic men were attacked in Brooklyn on Wednesday, simply for taking a video.

According to one of the victims, the two men witnessed a man having a fight with someone, and began filming the incident while sitting in their vehicle – on Broadway near Madison Street in the Bushwick section of Brooklyn.

The violent man noticed the men filming him, walked over to their vehicle, used some choice words, and smashed their windshield.

The NYPD was called and responded quickly.

One of the victims tells YWN that a report was taken, but no arrest was made.

WATCH THE FOOTAGE BELOW: