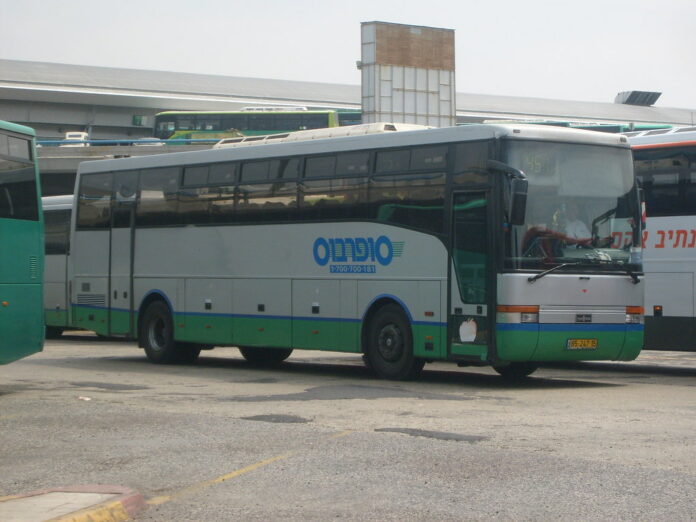 A bus driver in Beit Shemesh is suspected of hitting children who were traveling on his bus on Wednesday. An eye witness alerted the father of one of the children to the situation after the fact and told him that she is willing to testify against the driver in court due to the severity of what he did. The father filed a complaint with the police.

A group of approximately 10 children boarded the route 19 bus operated by Superbus on Nachal Oz Street in Ramat Beit Shemesh. According to reports in BChadrei Charedim based on an eyewitness’s recounting, the driver got up, approached the children, hit two of them, and returned to his position to keep driving after yelling at the children to sit down and not wander around the bus.

Police told BChadrei Charedim that they have opened an investigation into the incident in order to determine what exactly happened.

The driver was suspended by Superbus until the results of an internal investigation re finalized. In a phone call with his supervisors, the bus driver denied that he acted violently in any way. Superbus wasted no time in taking action and suspending the driver and even called other passengers who were on the bus to notify them as to their course of action.

A spokesperson for Superbus told BChadrei Chareidm that: “The driver’s recounting of the incident is very different than what is presented in your article. Once the incident is looked into and the story is studied in-depth, we will move forward with whatever proper action is necessary as a result of the findings. Superbus condemns violence in any form. Should it be discovered that the driver acted violently, he will be facing the most severe of our disciplinary actions.”