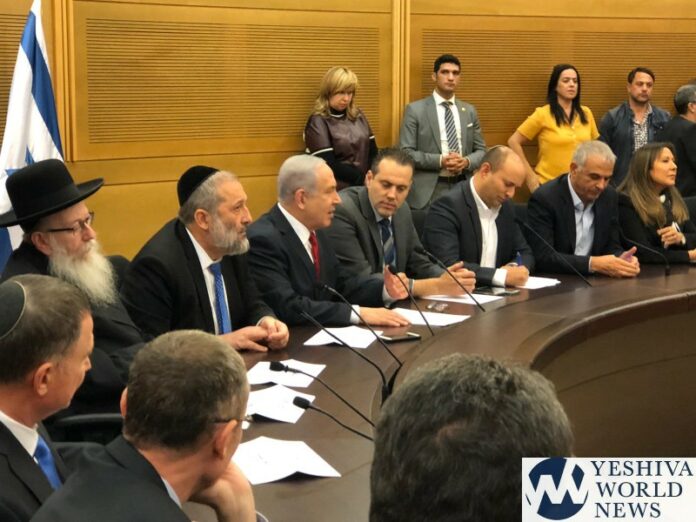 At his “emergency summit” held with the right-wing bloc of 55 MK’s on Monday, Prime Minister Binyamin Netanyahu slammed Yair Lapid, the number 2 of the Blue & White party.

Netanyahu said Blue and White party’s opposition to the religious political bloc is a bluff, saying MK Yair Lapid would welcome the Chareidi parties with open arms into their coalition government.

He will do anything even “put on a Shtreimel, and put Tefillin on twice a day”, to which an MK yelled out “even (put on Tefillin) on Shabbos”!

Netanyahu quickly responded “he would even be Mekabel Shabbos twice a week. And if necessary, he would undergo another Bris Milah!”