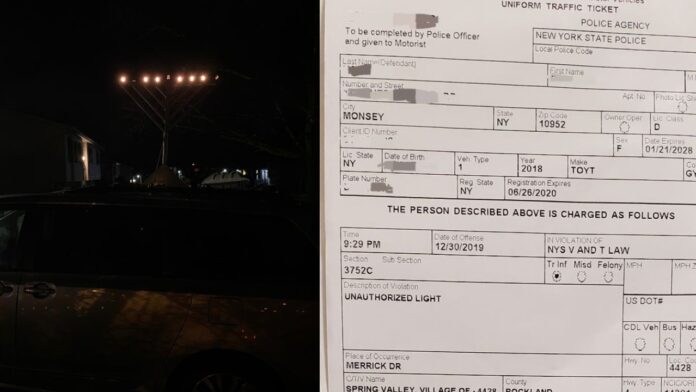 A NY State Trooper decided to extend his condolences to the Jewish community in Monsey after the heinous anti-semitic attack, by issuing a ticket to a driver for “unauthorized lights”.

The unauthorized lights that the trooper is referring to was a Menorah on top of a vehicle.

As most people are aware, thousands of Lubavitchers (Chabad) all across the United States have Menorah’s on their vehicles over Chanukah.

Never before has anyone heard of a ticket being issued for this. Let alone just a few blocks away and just two days after the hate attack at a Chanukah celebration.

The traffic stop was done on Merrick Drive in Spring Valley, NY.

On a positive note, a NY State Trooper was seen helping an elderly Jewish man walk on the streets of Boro Park on Tuesday. There is a strong NYSP presence in Boro park and other areas. 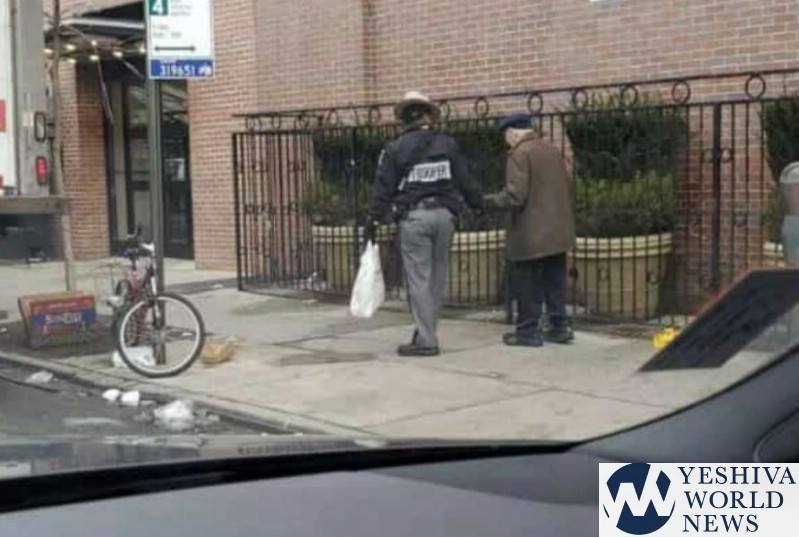 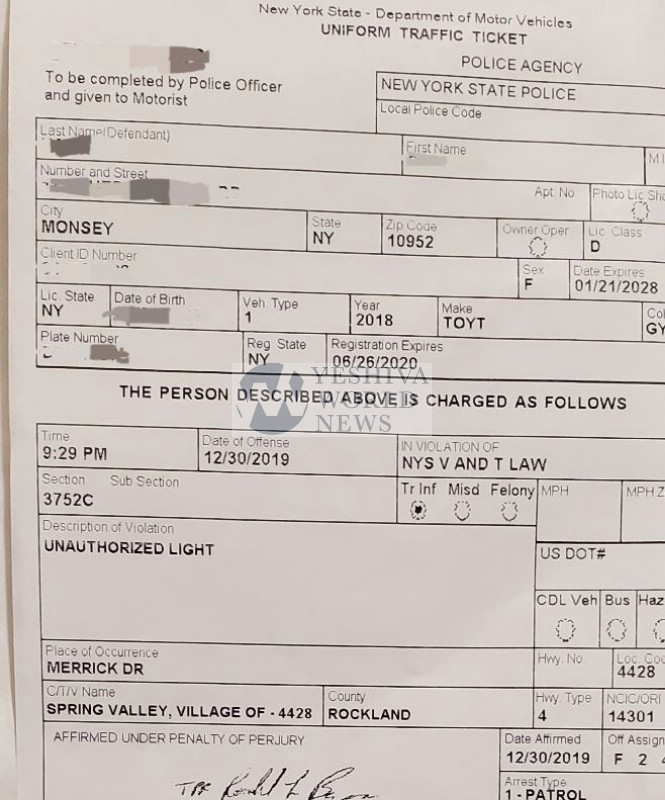 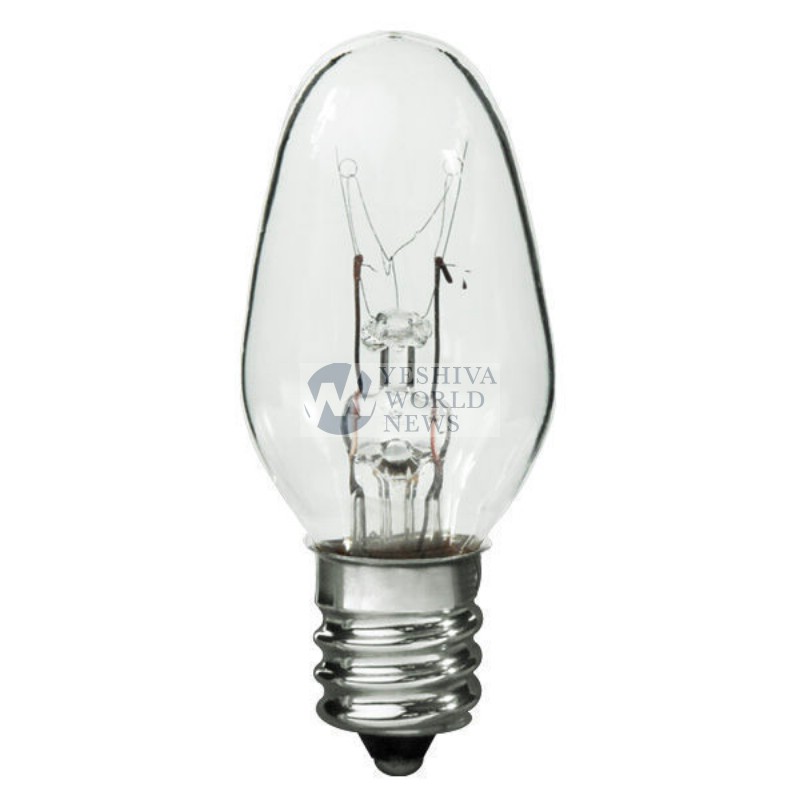 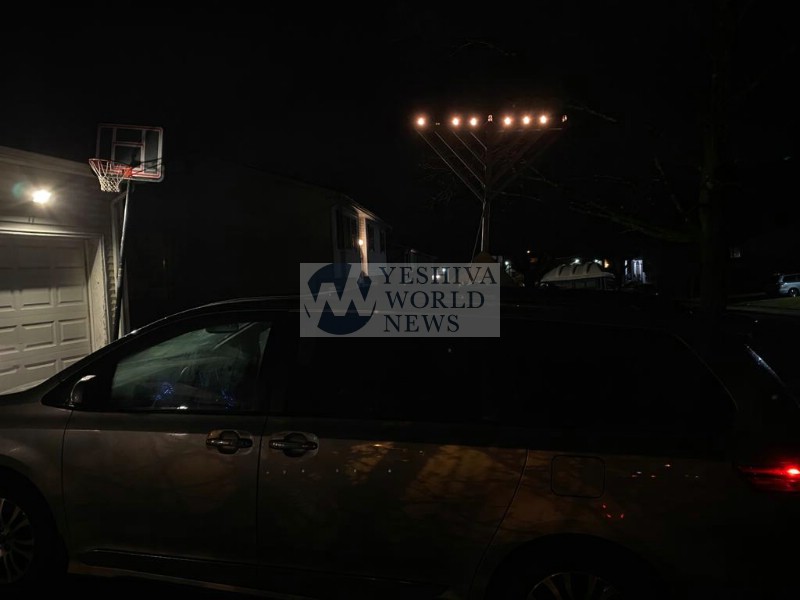