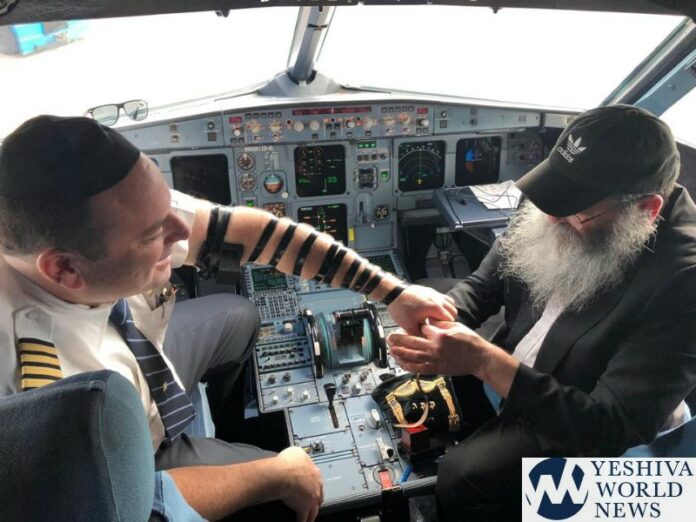 Rav Kalman Weinfeld, the OK’s Rabbinic Coordinator for the Food Service Department and the Rav of Manhattan Beer, flew to the Bahamas on Monday to supervise the kashering of a restaurant that is hosting a frum group soon.

As he was about to disembark the plane, Rav Weinfeld stopped to thank the pilots and was quite surprised when one responded with “zei gezunt!” Of course, Rav Weinfeld, a Chabad chassid, asked him if he would like to put on Tefillin.

The pilot was happy to have the opportunity to put on Tefillin for the second time in his life and as he was wrapping the Tefillin in the cockpit, the co-pilot walked in and remarked that he is Jewish also. The co-pilot was familiar with Shema and said he recited it sometimes but at age 44, he had never put on Tefillin.

Rav Weinfeld helped him to put on Tefillin also and they celebrated the “Bar Mitzvah” by dancing and singing “siman tov.”

“After the flight, the pilot was in touch, and told me that his family is thrilled that he had a Bar Mitzvah, and said that he would like to keep in touch to learn more,” Rav Weinfeld said. 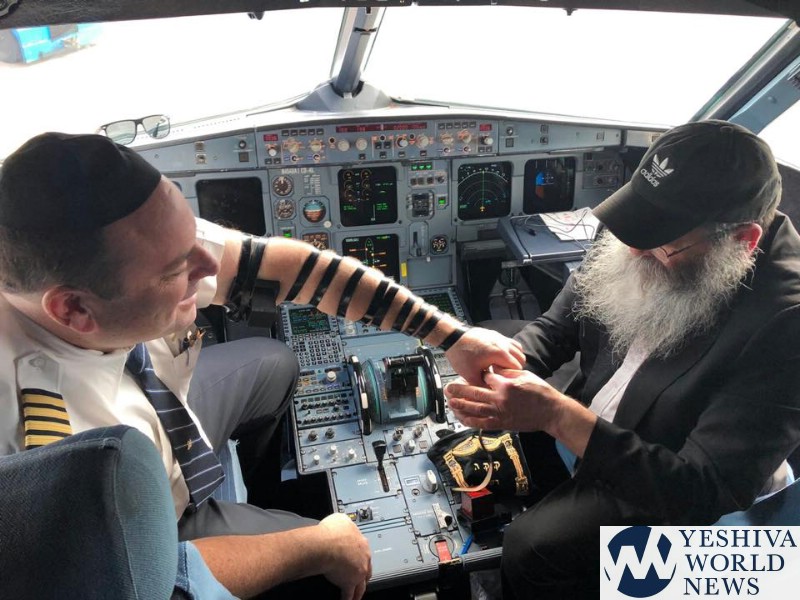 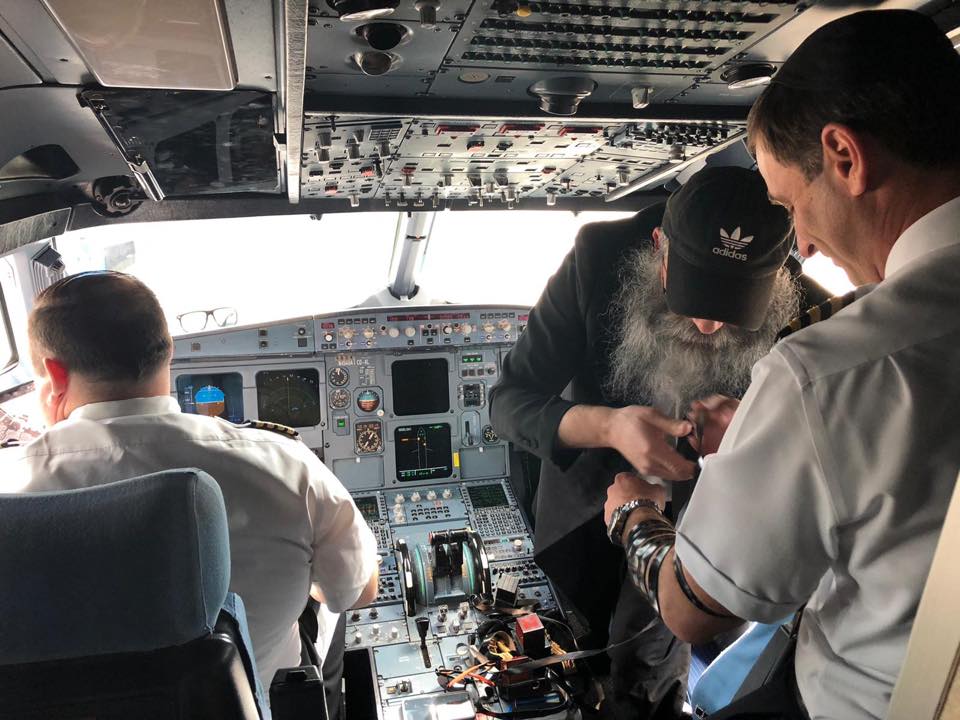 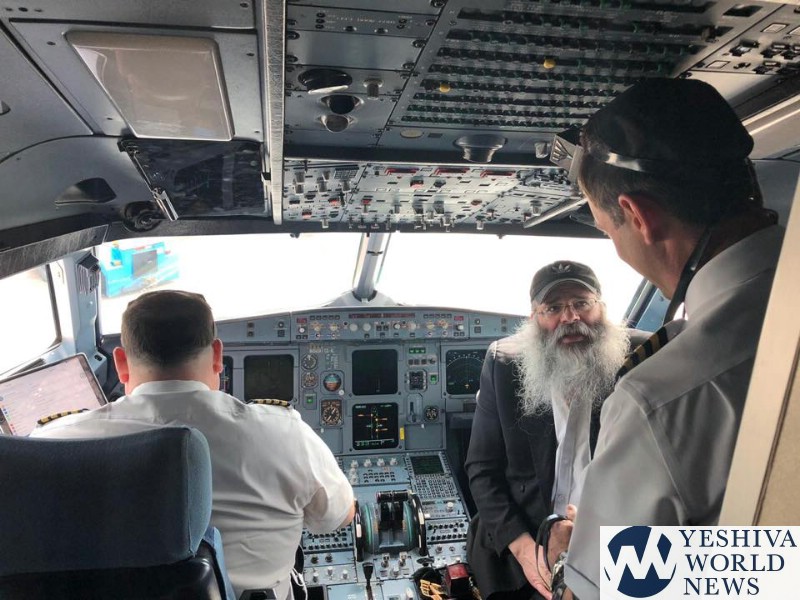 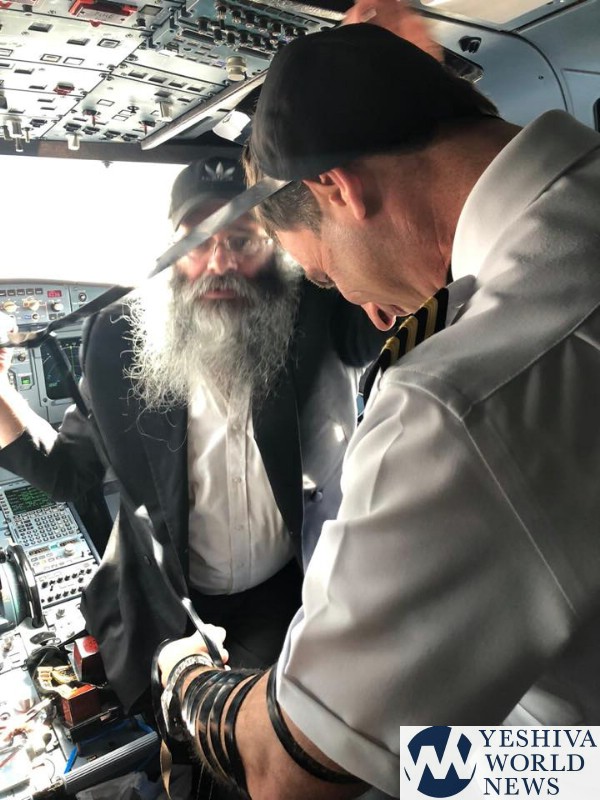