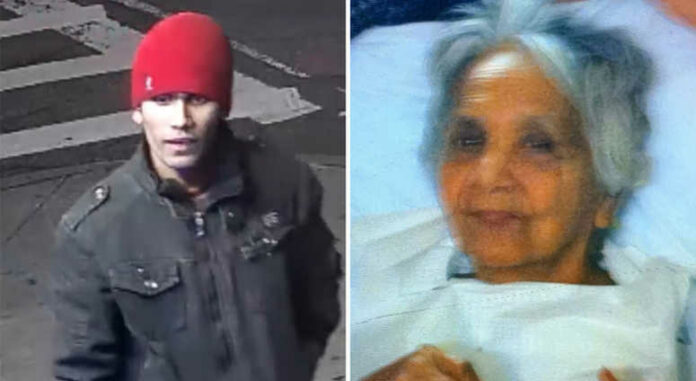 The man accused of assaulting and murdering a 92-year-old woman is believed to be in the country illegally.

Reeaz Khan, a 21-year-old Guyanese national, is believed to be behind the brutal slaying of Maria Fuertes in Richmond Hill.

U.S. Immigration and Customs Enforcement officials said the NYPD released Khan in November after he attacked his father with a broken coffee cup, ignoring a federal request to turn him over for deportation.

The officials blamed New York’s sanctuary city policies for Fuertes’ rape and murder. Under the policy, the city only hands over undocumented people convicted of a violent crime.

“Clearly the politicians care more about criminal illegal aliens than the citizens they are elected to serve and protect,” Thomas Decker, an ICE field office director, told the Daily News.

City Hall and the NYPD have said a detainer was not issued for Khan.

Not only was this guy released with no bail after he stabbed his own father but #NYC sanctuary policy spared undocumented Guyanese immigrant from deportation, left him on the street to rape and murder 92-year-old Queens woman. @realDonaldTrump https://t.co/nt5fvOthQX

A spokesperson for Mayor de Blasio told WABC: “If Mr. Khan is convicted, the city will cooperate with federal officials in accordance with local law. It is shameful that the Trump Administration is politicizing this tragedy.”

ICE said there’s a fax confirmation receipt showing a detainer request was made.

Khan is awaiting trial at Rikers Island. He allegedly followed Fuertes as she was picking up recyclables on Jan. 6, throwing her to the ground before  assaulting and attacking her.