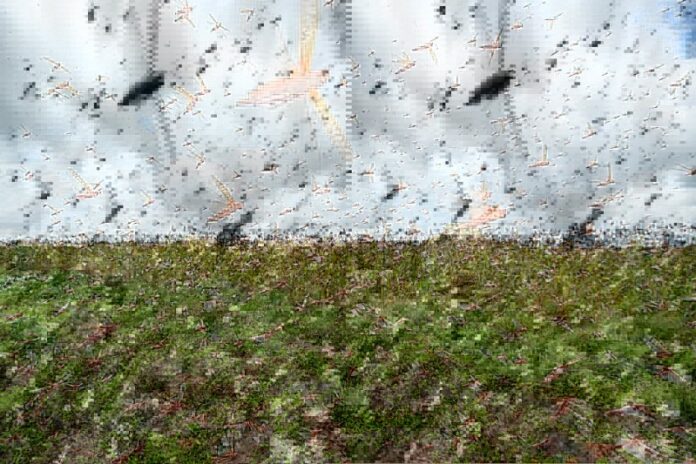 A gigantic swarm of locusts that belong to a plague that has ravaged millions of acres of crops across east Africa has been spotted reaching the Chinese border.

Billions of the insects have destroyed food supplies across Kenya, Somalia and Ethiopia in what has been described as the worst plague for decades.