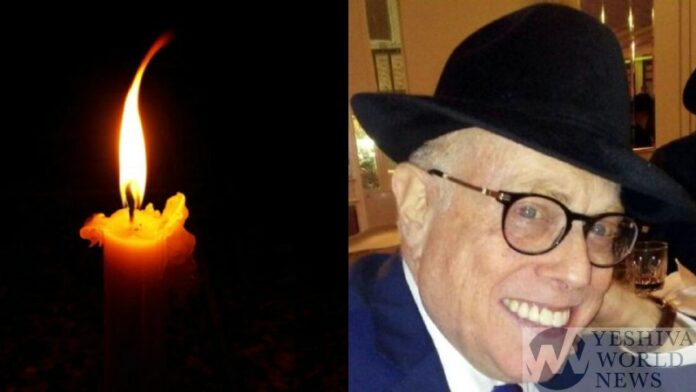 YWN regrets to inform you of the Petira of R’ Yerachmiel Shraga Feivel (Rocky) Zweig Z”L who was Niftar on Tuesday morning. He was 69.

“Rocky” was born in Boro Park and spent most of his life in Flatbush.

He was one of the original founders of Neginah Orchestra around 50 years ago. For the past 10 years he wrote weekly columns in the Flatbush Jewish Journal, something that thousands of readers looked forward to each week, with his humor and opinions about a multitude of topics. His letters and articles elicited much response and he always enjoyed debating people in good spirits.

Unfortunately, he suffered from a lung illness and was waiting for a lung transplant the past year. Despite his Yesurim, Rocky was always Besimcha – with his humorous quips and a good word to others. Sadly, his condition deteriorated and he was hospitalized until his Petira this morning.

The Levaya will be held at 1:45PM today (Tuesday) at Shomrei hadas Chapels on 14th Avenue and 39th Street in Boro Park.

Let us bring a smile to a widow with orphaned children...