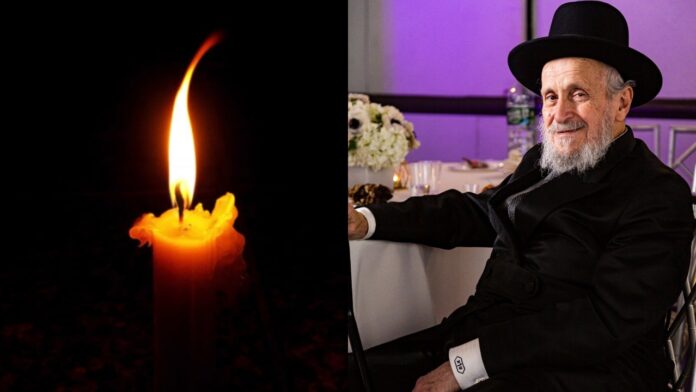 The Rov was born in the Lower East Side in 1939. He learned in Yeshiva Torah Vodaath, and was the youngest musmach of the Yeshiva at that time. He began his leadership as a Rov at the early age of 21 in Tuscon, Arizona. To meet the needs of the community he started a Talmud Torah and became a mohel.

From there, he served as Rov in Los Angeles, the Bronx, and Canarsie. In 1984, he started a Bais Medrash in Boro Park on 19th Avenue. The shul quickly became a Makom Torah for the neighborhood. The Rov’s hartzige nusach hatefillah was legendary and his drashos laden with hadracha were accepted by all.

Rav Wulliger served as chaplain for NY State, serving people with developmental disabilities. In the 1960s he was the trailblazer who led the battle to enable Jewish group homes in our own neighborhoods. He single-handedly advocated on behalf of the developmentally disabled population and was instrumental in removing the stigma of having a special child remain with their family.

Rav Wulliger and his Rebbetzin led by example and accepted into their home a Down syndrome child who was then only 5 years old. He remained with the Rav’s family for over 35 years.

The Rav leaves behind his chashuva Rebbetzin, Baila nee Weissler, who was at his side and assisted in all his Avodas Hakodesh, along with their two sons R’ Moshe Yosef and R’ Yisroel, and 3 daughters, Faigy Neuhauser, Miriam Gerstner, and Chayala Dembitzer.