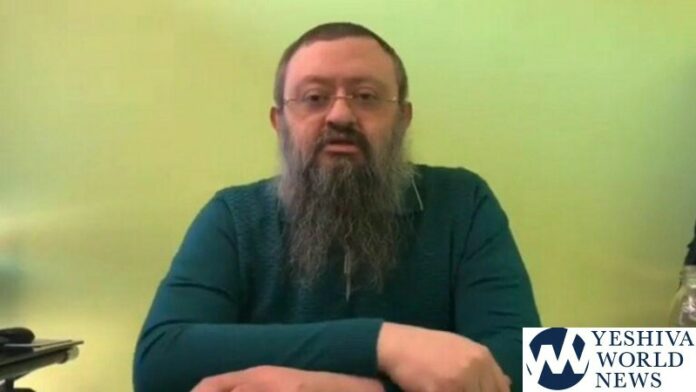 Dr Vadimir “Zev” Zelenko who has hyped an anti-malaria drug as a possible COVID-19 treatment has fallen under investigation by the Justice Department after an email blunder.

The examination of Zelenko’s records began when conservative commentator Jerome Corsi accidentally sent an email intended for Zelenko to another “Z” name in his address book – federal prosecutor Aaron Zelinsky, who as a member of special counsel Robert S. Mueller III’s team had spent months scrutinizing Corsi’s activities during the 2016 presidential election.

According to Corsi, Zelinsky responded to the errant email by contacting his lawyer and requesting all of his communications with Zelenko.

Zelinsky is tasked now with investigating coronavirus-related crimes in the Maryland U.S. attorney’s office, as part of a directive from U.S. Attorney General William P. Barr to prioritize such cases.

Gregory Rigano, a lawyer who said he is working with Zelenko, said in a brief telephone conversation Thursday night that they had not been contacted by federal prosecutors and that he was not aware of any possible law enforcement interest in Zelenko.

“It’s not something I’m familiar with,” Rigano said. “We’re just saving people’s lives that have coronavirus and getting rid of this virus from America as soon as possible.”

In his YouTube video, Corsi displayed the email he inadvertently sent to Zelinsky. In it, he wrote that Zelenko had “an FDA approved randomized test of HCQ underway” — a reference to hydroxychloroquine, the anti-malarial.

After learning of the federal prosecutor’s interest, Corsi said he asked Zelenko about whether he had an FDA approved study — as Corsi said Zelenko had told another physician at a training event. Zelenko, Corsi said, then suggested his study was approved instead by an internal hospital panel.

“I pointed out to Zelenko, ‘But it’s not registered as an FDA test, and you can’t say it is,’ ” Corsi said Thursday on YouTube, adding that he did not feel Zelenko was trying to defraud anyone, but rather did not understand what it meant to have an FDA-approved test.

“I did nothing wrong. Zelenko made a mistake. He’s got no case. And we’re following all the rules,” Corsi said. He said he had turned over to Zelinsky emails and text messages between himself and Zelenko, as well as copies of his podcast and marketing materials for the website — “everything he asked for.”

It is unclear how seriously prosecutors are scrutinizing the matter. A Justice Department spokesman declined to comment. But even passing interest from federal authorities into efforts to promote the anti-malarial is likely to chafe the president and his allies, particularly given the involvement of a former member of Mueller’s team.

“I’m very concerned about the government intrusion here on our freedoms,” Corsi said on his podcast. “I see the government demonizing a medicine … this hydroxychloroquine, that’s been around for 70 years, and is fully FDA approved for various illness.”