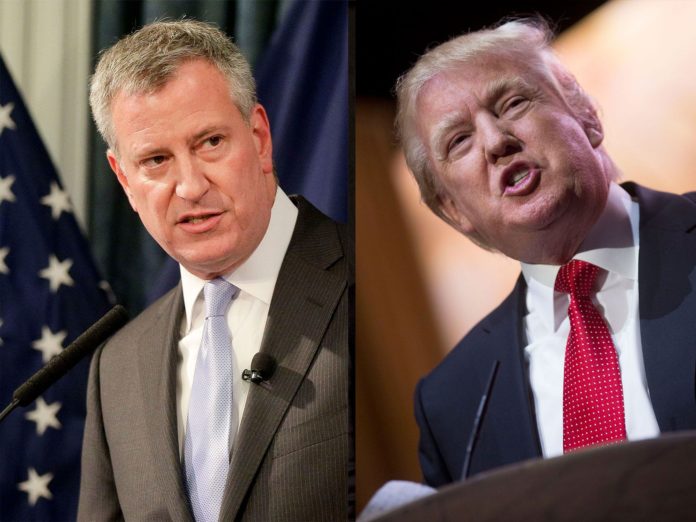 Trump said Friday the Centers for Disease Control and Prevention would start to issue guidelines for faith communities on how to safely begin reopening.

The president also threatened to “override” any governor who did not deem places of worship essential, but did not say how he would do so.

Mayor: Yeah, no, the ten people – thank you for the question Gloria, because I always want to make sure I’m clear. The ten people maximum gathering, absolutely we can work with that. We can make that work. And that makes sense, whether it’s a religious gathering or just people gathering for another purpose. Remember what the State has said clearly is that still comes with the need to socially distance. And if there’s any chance that people may be closed for any period of time they need to wear the face covering. So I think the State has it right there. We will work with that in a religious setting and in a nonreligious setting.

Absolutely, fine with that. What I’m talking about is that big traditional religious services where you’re talking about hundreds, even thousands of people gathered together. I know there’s a deep yearning to restart. What I’m saying is it is not time. With all due respect to the President, the President left the impression on Friday that any and all religious services should just start again.

I’m saying very clearly that is dangerous. It is not time to restart large gatherings of any kind.

Even though we deeply, deeply value faith. The key faith leaders of this city are saying it’s not time, across the board. I spent much of the last few days talking to faith leaders. And I’d say, what do you feel about this moment? What’s right for your faith, for your congregation, for your people? To a one, they said, it is not the time for large gatherings. It is not the time for traditional large services again.