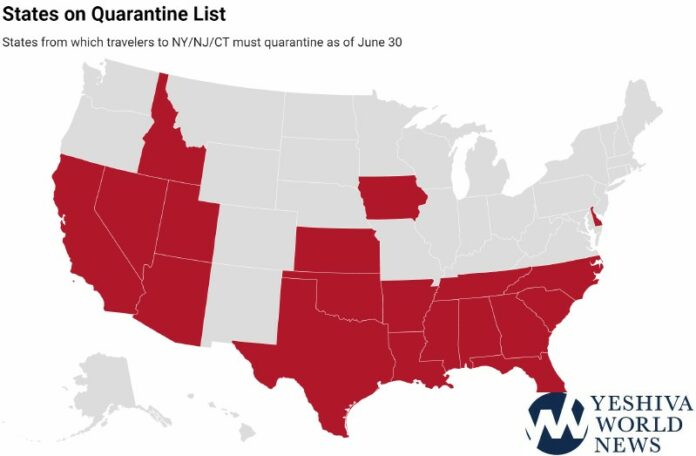 Three more states — Delaware, Kansas and Oklahoma — have been added to the growing list of states under the tri-state quarantine order as New York and New Jersey investigate new travel-related outbreaks amid the U.S. virus surge.

Many of those states are among at least 21 to reverse or pause reopenings entirely as they scramble to curb a COVID surge the CDC warned more than a week ago may already be beyond the nation’s ability to control. It’s only gotten worse since. The mayor of Atlanta, whose state is among the 19 on the tri-state restricted list, said Tuesday she believes Georgia moved too fast.