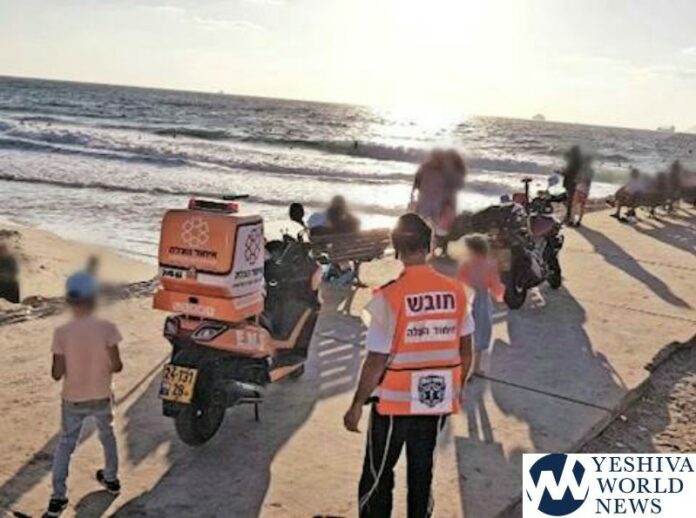 On Sunday afternoon, a Chareidi man nearly drowned at Gils beach in Ashdod after he rushed into the water to save his children who were struggling and about to drown. The children were caught in an undertow and being swept out to the ocean and were unable to return to the beach safely. The father managed to rescue the children, but then got pulled out to the sea himself.

Volunteers from United Hatzalah and ambulance teams from Magen David Adom responded to the emergency after they were called to the scene by onlookers who witnessed the incident. The man was rescued and brought to the beach where he was treated for partially drowning before being taken to Assuta Hospital in the city.

United Hatzalah volunteer EMT Eliyahu Shein who was spending time at the beach with his family was the first responder at the scene. Shein relayed: “I was spending time with my family at the beach when I heard screams for help. I was told that a father had run into the water in order to save his children who had begun to drown. The children were rescued without injury but the father had drowned and needed assistance including oxygen. Together with other volunteers who responded, I treated him at the scene before he was transported to the hospital in moderate condition.”

The beach is currently closed and there are no lifeguards on duty there. 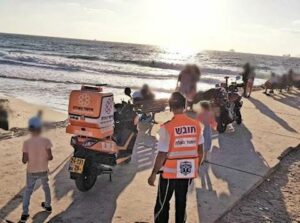 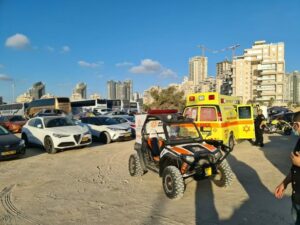