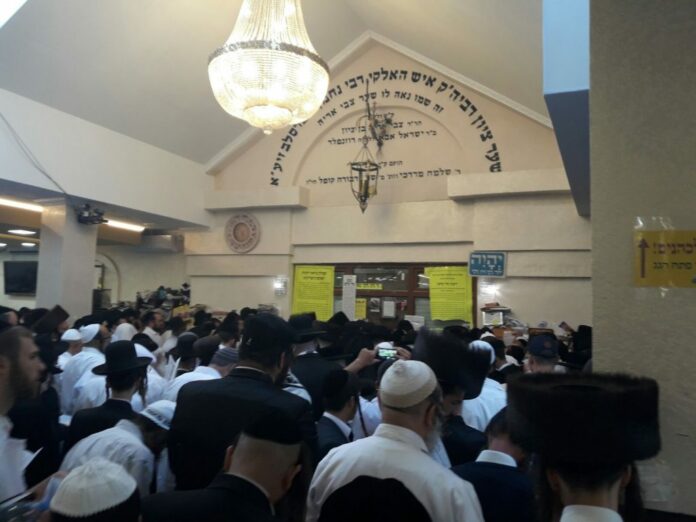 A fringe group of Breslov Chassidim were arrested on Wednesday after they rioted at the Kever of Rebbe Nachman of Breslov in protest of the strict regulations and lack of agreement regarding the number of Chassidim who will be allowed to visit the site during Rosh HaShanah. The rioters broke down barricades that were put in place to keep order and adherence to Corona regulations at the site. The rioters were arrested and the barricades were put back.

The majority of the Breslov Chassidim supported the idea of putting up the barricades to help direct people where to go and keep a distance from one another while visiting the site. On Wednesday, a group of Chasidim arrived at the site and claimed that the barricades prevented access to the grave and began to riot.

One protester told Israeli reporters that “For the past two weeks, we were promised an agreement and we acted nicely, like good little boys. Now, we are a week before the holiday and people are being told that there is no agreement. Enough is enough.”

The National Council of Breslov disassociated from the incident. “The incident that we witnessed its afternoon at the holy gravesite is a disgrace. It is harmful and a Chillul Hashem. It caused direct damage to all of our followers. We ask each and every member of our community to not stand idly by but to talk to others and convince them of the responsibility that we all have to keep our distance from one another and follow the regulations. Anyone who deviates from this endangers all of us.”

The Emergency Amounts – if it is Necessary to Eat