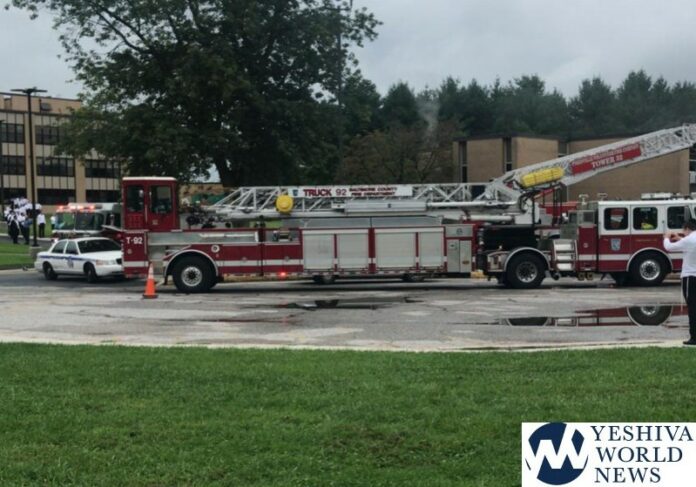 A fire broke out in the Ner Yisroel Yeshiva High School (Mechina) dormitory in Baltimore on Thursday afternoon.

The Yeshiva says in an email (attached) sent to the parent body, that according to an initial investigation, the fire began in the Mechina (High School) dormitory and appears to have been caused by a faulty air conditioning unit (photo of the unit attached).

The email stated that there were no injuries, and that all have been accounted for B”H.

The fire department responded in a timely fashion, preventing the blaze from spreading, and resulted in just minor damage.

VIDEOS AND PHOTOS OF THE FIRE BELOW 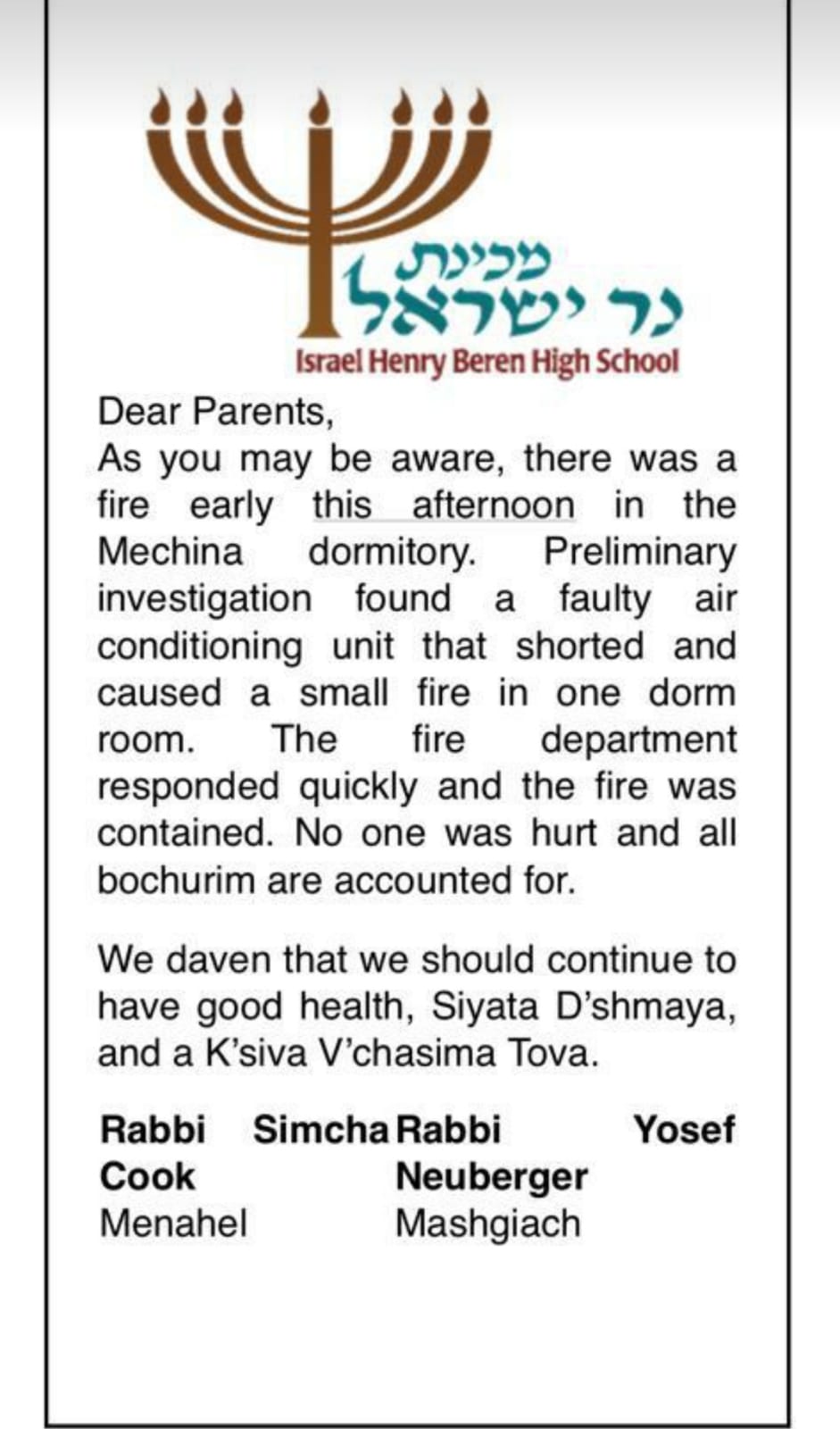