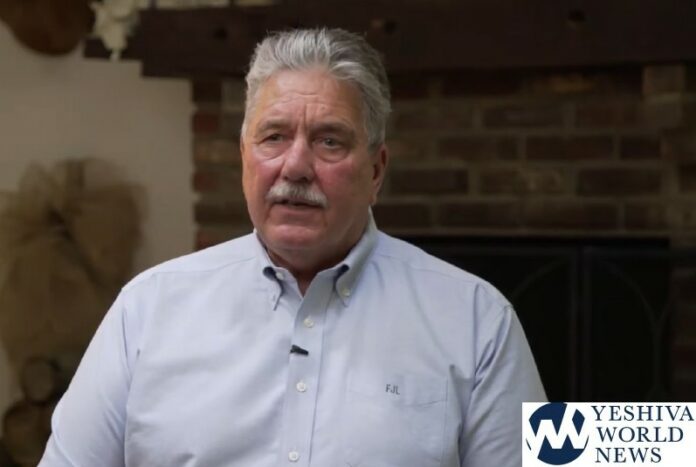 MONTICELLO – Calls are being made for an investigation into petitions filed with the Board of Elections by a former judge, in the Sullivan County District Attorney’s race. At a press conference on Tuesday afternoon, Democratic Party Chairman Steve Vegliante, who was flanked by leaders from the Conservative, Independence and Republican parties announced that a complaint was being filed with the New York State Attorney General’s Pubic Integrity Bureau. “There has been some egregious conduct in the filing of independent petitions in the race for DA by Frank LaBuda,” said Steve Vegliante. “We think there is a clear case for criminal prosecution here”.

LaBuda, a former Sullivan County Court Judge, switched political parties from Democratic to Republican in February when his opponent Meagan Galligan received the Democratic endorsement and Governor Cuomo declined to appoint him as acting DA. Galligan, who also had the Conservative, Independence and Republican nominations, faced off with LaBuda in a Republican Primary in June. LaBuda won that contest by 150 votes and was seeking a third party line by the name “For The People”, when he filed additional petitions with the Board of Elections.

Steve Vegliante outlined how LaBuda’s petitions contained “bogus and fraudulent information” and in some cases forged signatures of registered voters. Vegliante said that the petitions had been reviewed and submitted personally by LaBuda to the Sullivan County Board Elections. “Of the 1,477 signatures submitted to the Board of Elections, 882 were invalidated”. Vegliante said.

The allegations include the forged signatures of a local attorney Michael Mednick and his wife, Shari. In addition to his private practice, Mednick serves at the Town of Thompson Attorney. Other forgeries include Sullivan County residents who are incapacitated in the hospital and are incapable of signing their names.

Vegliante also identified some of the people who had gathered signatures for LaBuda. The list includes former Monticello Mayor Gordon Jenkins who was removed by a state court for misconduct, former Monticello Village Manager John LiGreci who was convicted of official misconduct and Jacob Crawley, a man who is currently under felony indictment, who had appeared in court before LaBuda as recently as December 16, 2019.

Frank LaBuda retired as Sullivan County Court Judge in December of 2019 after a 22-year career marked by long absence when he was under a criminal investigation for injuring his brother Peter Labuda, by allegedly running him over with an ATV.

In a statement emailed by his public relations firm, Frank LaBuda dodged the issue of the forged signatures and called the allegations “bullying tactics” by the party chairmen. LaBuda then pivoted and said, “I welcome a full and fair investigation of the Board of Elections’ practices to register new and other voters, and the party bosses’ attempts to control candidates in this election, by the State Board of Elections, as well as the U.S. Attorney’s Office of Voter Fraud for the Southern District of New York.

At the press conference Tuesday, Len Bernardo, a state committeeman for the Independence Party, called for LaBuda to drop out of the race against Galligan. “It’s really a terrible issue. The real problem is that we have to do it right,” said Bernardo. “It’s unconscionable. He should resign his candidacy immediately.”