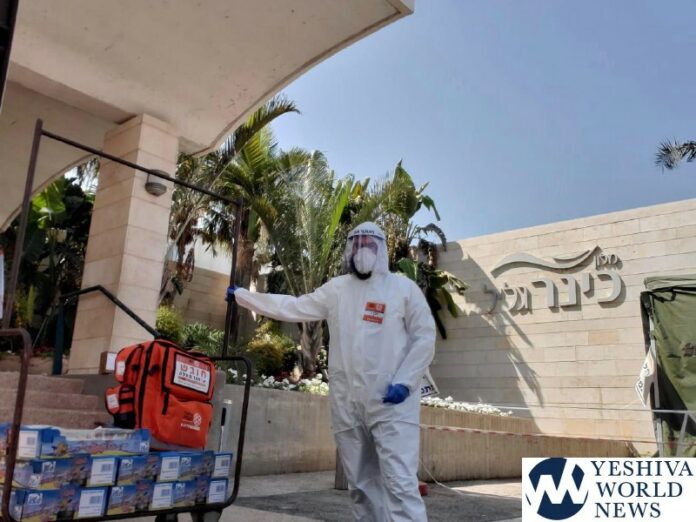 Magen David Adom and United Hatzalah published their post-Yom Kippur reports regarding their activities over the holiday. Magen David Adom ambulances teams were dispatched to 2,360 medical emergencies and transported 1,818 people to the hospital. United Hatzalah said that their volunteers treated 1,537 patients. Some 305 people fainted, dehydrated, or felt ill due to the fast, a rise of 15 percent from last year.

Officials believe that this was due to the heatwave that Israel is currently undergoing and the fact that prayers were conducted outdoors. Magen David Adom stated that they transported 136 women in labor to the hospital and United Hatzalah reported that their teams delivered two women in their homes over the holiday.

129 people required medical attention after getting into accidents riding bicycles, skateboards, or scooters, and there were 33 incidents of motor vehicle accidents including one which claimed the life of a 54-year-old woman who was killed while crossing the street when she was hit by a car in Kfar Hilf.

In addition, dozens of volunteers from United Hatzalah stayed at “Corona Hotels” over the holiday as part of a joint project with the IDF Home Front Command and treated those who were residing at the hotels for injuries and illnesses. The volunteers stayed in “green zones” in the hotels and were equipped with full protective gear. One example of this was United Hatzalah EMT Yossi Refaeli who resided at the Crown Plaza Hotel in Jerusalem, where 950 Corona patients are residing. Over the course of the holiday, he treated 15 of them who were feeling ill over the course of the fast.

Additionally, two ambulances were stoned in Hadera, and one ambulance was damaged in an act of violence in Tel Aviv.

Israeli firefighters fought a blaze that erupted in the Milgad Industrial complex located near Kfar Masaryk that continued for 32 over the entirety of Yom Kippur. Teams of firefighters were called in to assist from across the country to fight the blaze that saw three warehouses erupt in flames. The warehouses contained fats and oil that were to be recycled as well as plastic products. The black pillar of smoke that rose from the flames was seen as far away as Haifa.

In Ashkelon, a shul caught fire on Yom Kippur morning on Tchernichovsky Street in the city. Firefighters who responded to the emergency, reported that a citizen who saw the fire and attempted to put it out before firefighters arrived, was lightly injured and suffered mild smoke inhalation. The fire was put out before any major damage was caused to the sifrei Torah or the shul itself.