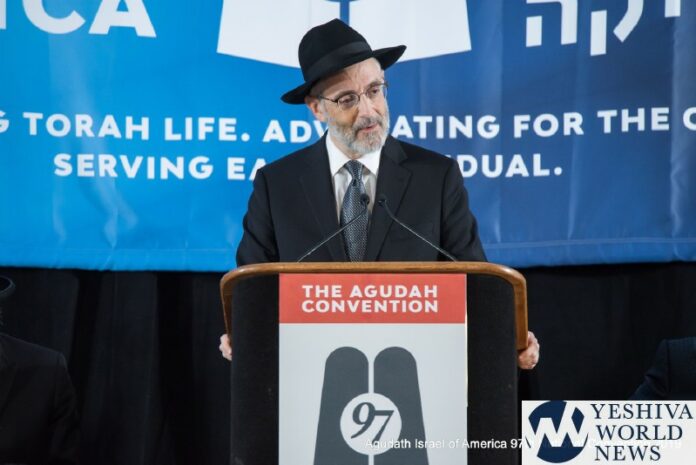 The following is an op-ed co-written by rabbi Chaim David Zwiebel and Avi Schick in the NY Daily News:

Yesterday, Jews across the world observed Yom Kippur. It was a day filled with prayer, introspection and commitment to improve. On more than a half-dozen occasions, we asked God to suppress plague and disease . . .  Anyone who ministers to a congregation knows that too often there is a disconnect between what we pray for and our behavior. We sincerely seek the end of the virus, but we are not yet doing all that we can to make that happen.

Dr. Anthony Fauci and other public health experts have pointed to wearing a mask as the single most important step one can take to prevent the spread of the virus. There is no reason that mask compliance in the Orthodox community shouldn’t mirror that seen elsewhere across New York.

New York’s public health officials also need to reflect on their approach. Shaming is not a legitimate or effective tool. No other community is singled out and stereotyped as the Orthodox are. That too needs to change.

This summer saw day camps and daycare centers running without incident. When overnight camps were banned in New York State, many safely moved their operations to neighboring states. Synagogues resumed services. All this may have led to a false sense of security about a potential second wave. But instead of communication, the city’s Department of Health countered with criticism.  Fauci also offers a model of how public health officials should act during a pandemic. Engagement and building trust is what is necessary and what works.

There is also lingering distrust because of the different way the city treated the several hundred Hasidic mourners at an outdoor funeral at the very end of April and the far larger crowds righteously protesting the horrific murder of George Floyd a month later.