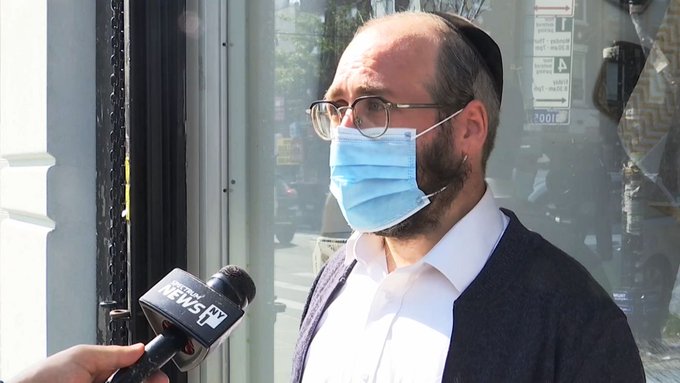 As the father of Jacob Kornbluh, I wish to express my horror and disgust at the trolls and vile comments and curses directed towards Jacob. Some comments even incite others to murder him for being a Moiser. All you need is one crazed person to take that “Mitzva” on board Chas V’esholom.

Has anyone verified the definition of what Mesira is?

Suppose a Jew climbs into an apartment building in the dead of the night with an intent to steal and possible injure you or your family in the process, would you consider it Mesira to call Police? What he did was to report his Shul as being open to the public at a time when there was total lockdown, when Yidden were dying in the dozens; and hence his agenda was to alert the authorities to prevent further deaths and make sure that the Mispallelim stay safe at home and do not go to Shul at a time when COVID-19 was raging.

There was no political nor financial motive besides advocating wellbeing and promoting protective safety measures for his fellow Shul members through alerting the Mayor who agreed to deploy police officers just to disperse the gathering. No one was arrested, No one was jailed, no one was fined, no one was deported, no one was exiled. How can his actions be considered as legitimate Mesira?

Unfortunately the Chareidi world is in denial and wearing masks or social distancing is taboo and hence the flare up of this virus. Where are the community activists, the Rabbonim and the community leaders as a gang of mobsters descend outside a family home and hurl abuse and obscenities and incite hostility against a family who are trapped in their own home through fear and trepidation?

These scenes were beamed around the globe via Major TV stations and Media outlets. The Chillul Hashem in watching fellow Jews behaving like crazed anarchists in chanting booing and baying for Jacobs blood like hoodlums and egged on by a mob Leader is just beyond comprehension.

Where are the parents of those Bochurim who participated? What message does such behavior send to our young children?

If anyone has a legitimate claim against Jacob, then call him to a Rov or a Dayan who will judge whether he is considered a Moiser, but to act as judge and jury in condemning him for his actions and meting out such abhorrent retribution is just not acceptable .