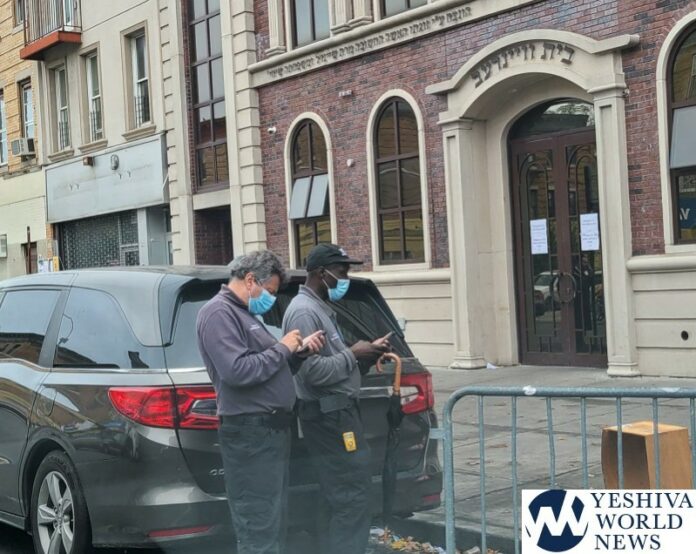 Inspectors from multiple city agencies are once again running around Boro Park, doling out hefty fines to Mosdos, Yeshivas and businesses.

The Inspectors were armed with lists of only Jewish institutions and businesses, leaving many to question if this is a targeted attack against Jews.

A photo of one of the lists was provided to YWN, after a local resident photographed it as it sat inside a city vehicle parked outside a Yeshiva.

Notice not one non-Jewish institution is on this list. (Attached below)

YWN can confirm through highly credible sources that at least one Yeshiva that is CLOSED had a fine plastered on their building today. 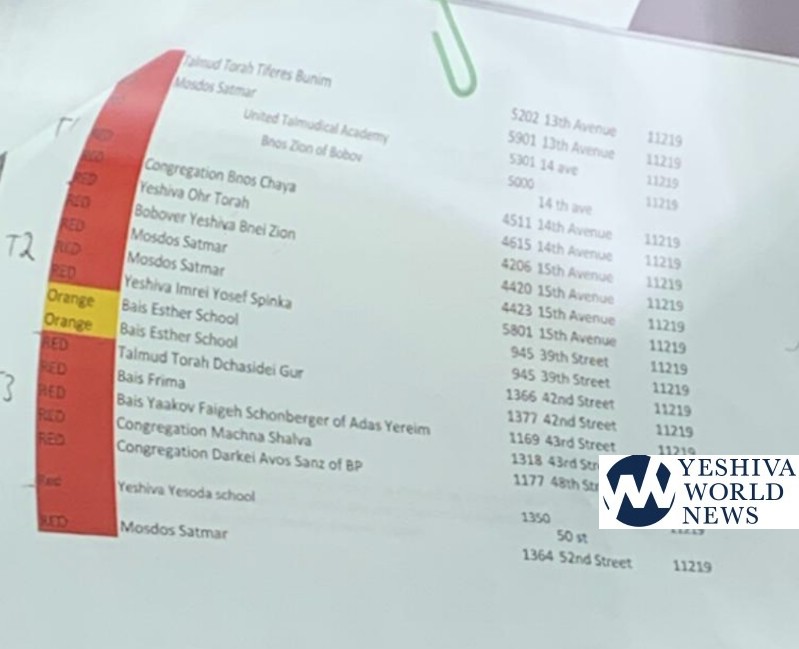 Another interesting document photographed and provided to YWN today is a letter of instructions from a “Melinda Rogers”, from what appears to be the NYC Buildings Department.

YWN readers can read the letter themselves (posted below). 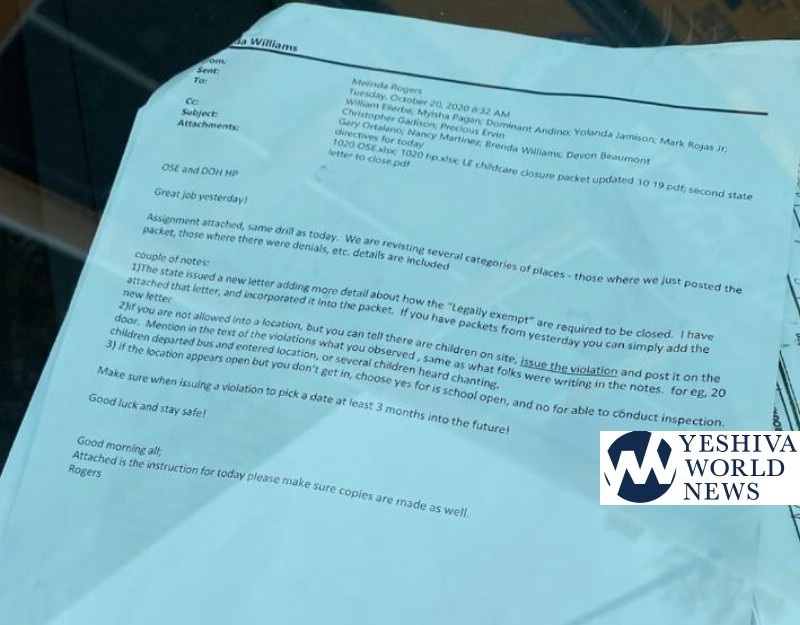 Meanwhile, among the businesses ordered closed today by Inspectors was Boro Park Lumber. They were told they are a “non-essential” business. That leaves the question why Home Depot was allowed to remain open in the heat of COVID (in March), due to it being an “essential business”.

But don’t expect an answer from anyone…. It’s open season on the Jews right now in NYC. 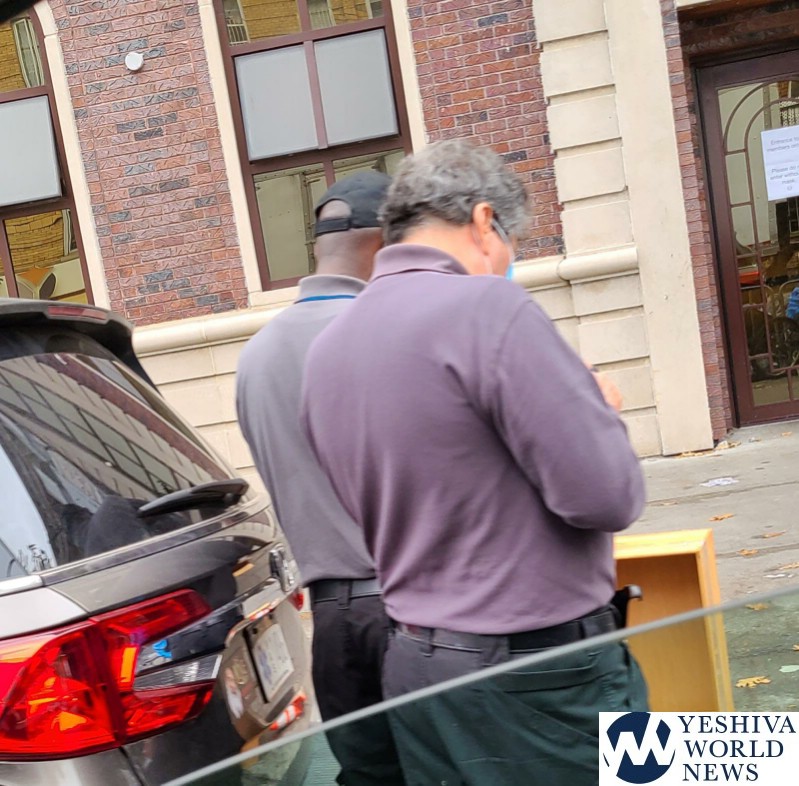 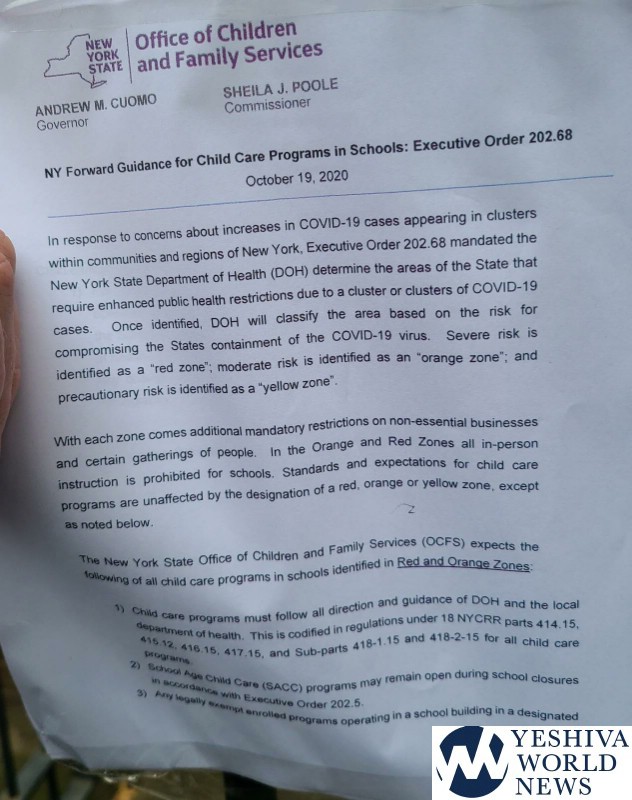 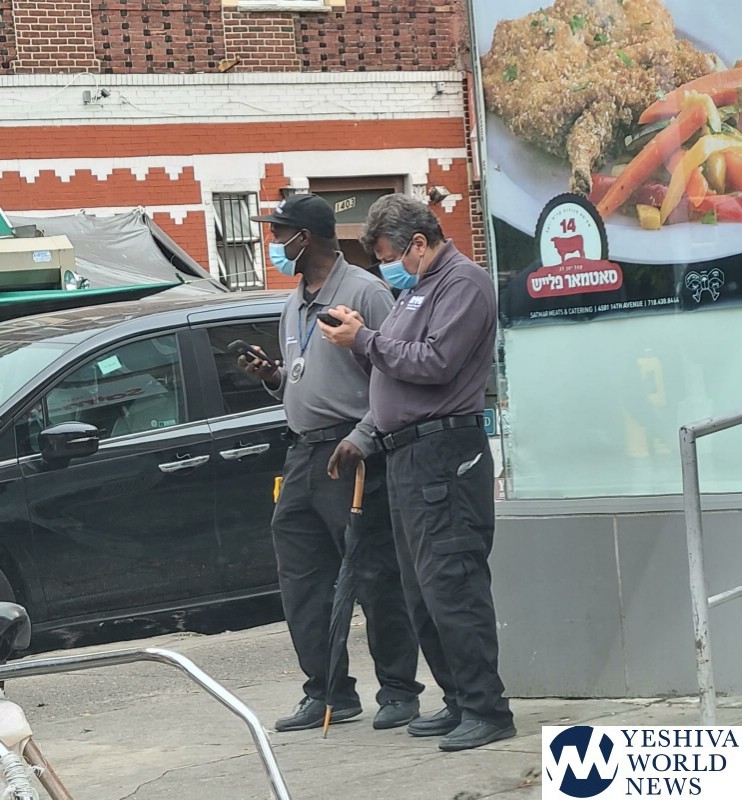 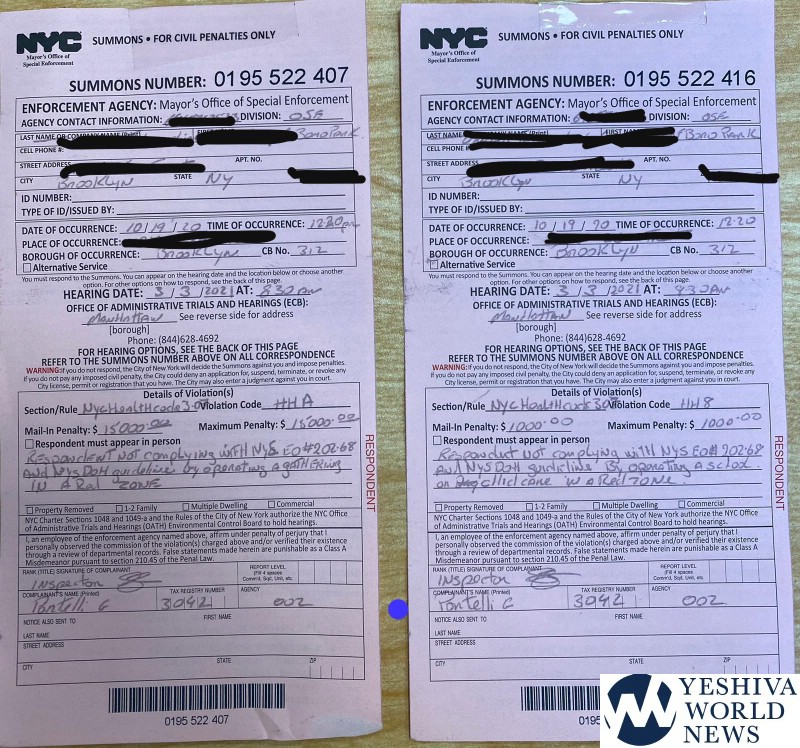 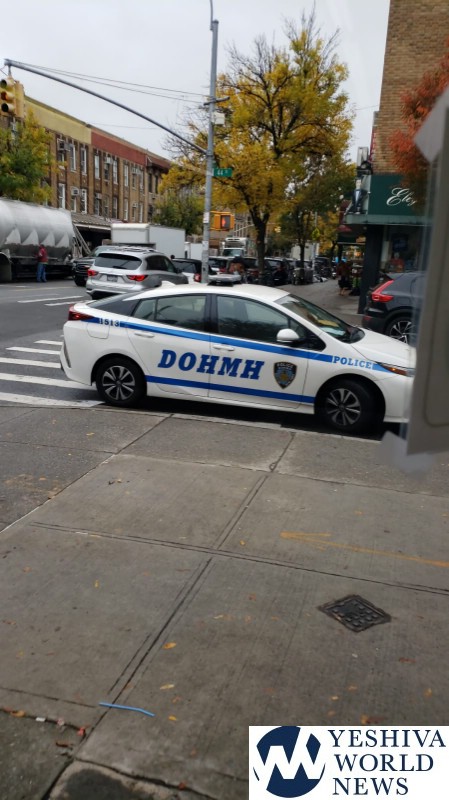 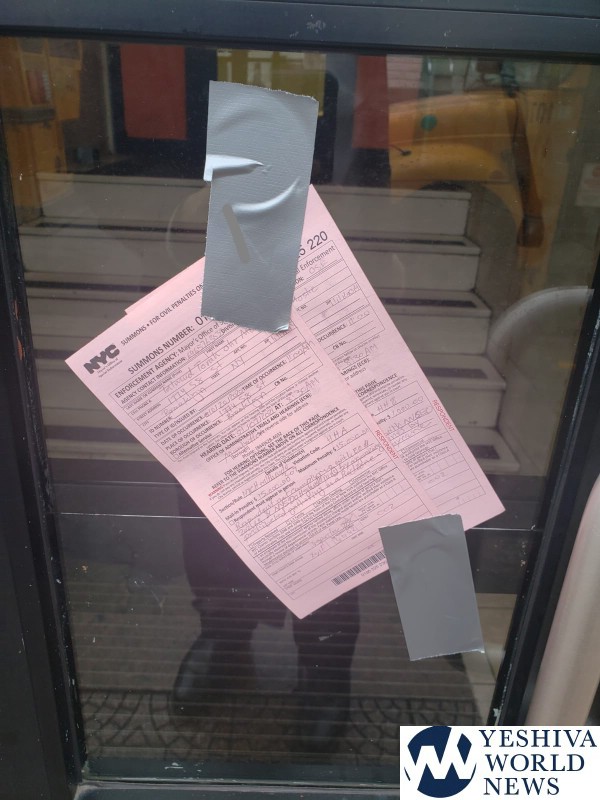