Historic letter by leading Rabbonim in America in support of President Trump is released ahead of the elections.

The letter which includes the signatures of the Admorim of Pupa, Bobov, Munkach, Vizhnitz, Skver, Rachmistrivka, both Satmar Rebbes, the Dayan of the Crown Heights Bais Din as well as the Rosh Hayeshiva of Lakewood, Philadelphia, and South Fallsburg is an unprecedented joint letter of appreciation and blessing, spearheaded by Rabbi Moshe Margareten of the Tzedek Association.

The letter was first drafted in the summer and signatories were added until recently and signed by an unprecedented union of Rabbonim before being publicly released tonight. None of these Rabbonbim have ever been involved in politics before. 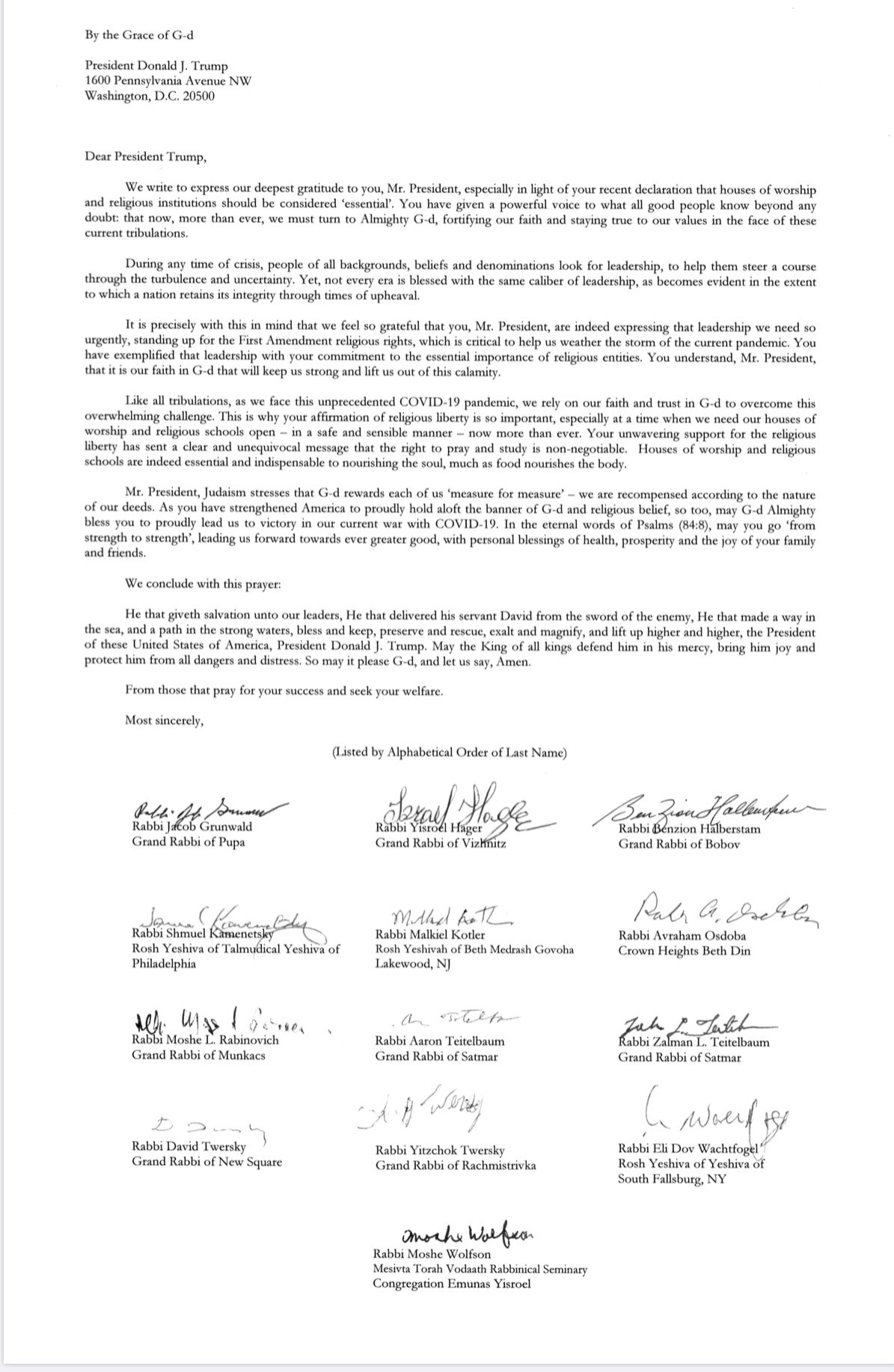