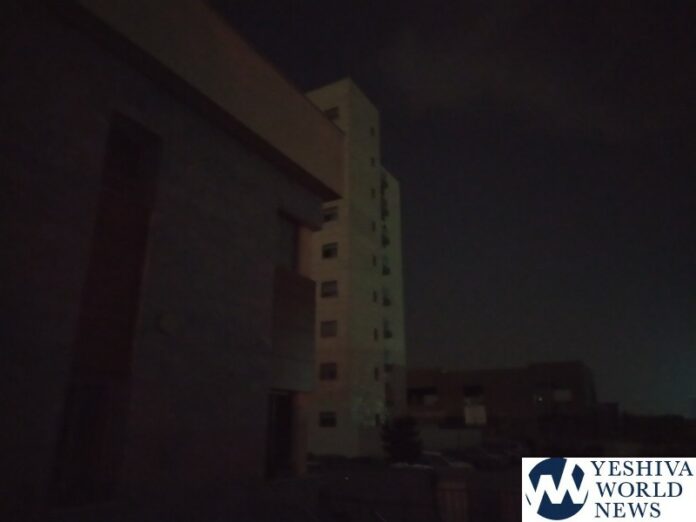 Power has just gone out in Israel in multiple locations around the country.

Reports of power out in Yerushalayim, Tel Aviv, Holon, Ashdod, Ohr Akiva, Netanya, Haifa, Rechovot and many other locations.

The Israel Electric Company says all power should be restored in around 30 minutes. No reason was given for the outages.

Video below from Ashdod