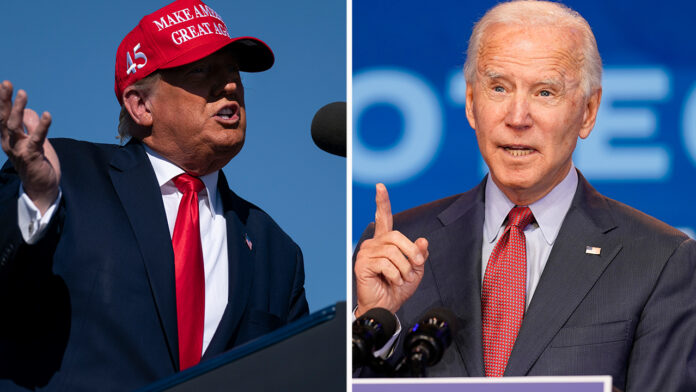 A poll of Pennsylvania voters released Monday found that Joe Biden’s lead over President Trump in the key battleground state has shrunk in the final days of the race.

In the poll released Monday, among all registered voters, 50% support Biden and 45% back Trump. Also, 1% support Libertarian Jo Jorgensen and 4% are undecided or won’t reveal their vote.

The poll found Trump had edges on two issues: protecting jobs, and law and order. Biden held a major advantage on handling the COVID-19 pandemic.

The poll found that there had been movement in 10 swing counties in the state. Voters in those counties gave Biden a 53-42 edge last month but now go for Trump, 49-45.

The state, with its 20 electoral votes, is seen as likely to decide the election by many analysts.