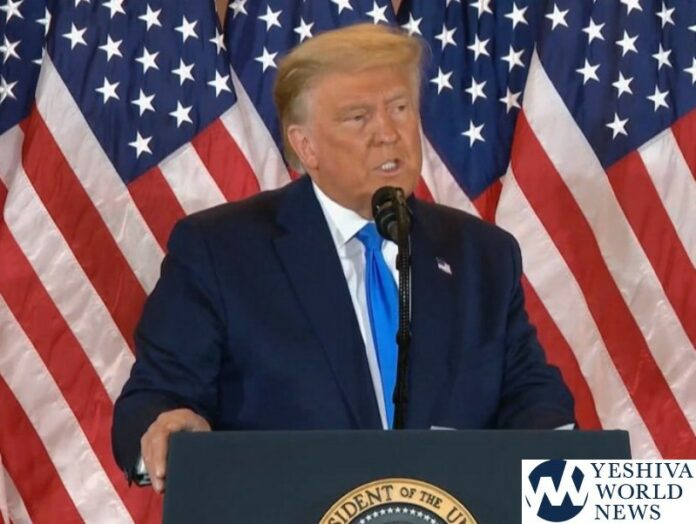 Trump says “we were winning everything and suddenly it was just called off.”

He says the campaign was ready to celebrate, and says “we didn’t win [Florida], we won it by a lot.”

“We won the great state of Ohio, we won Texas by 700,000 votes and they don’t even include it in the tabulations,” he says, claiming also that he has won Georgia and North Carolina.

Trump says “we have a lot of life” in Arizona. He says it’s possible they will lose, but there’s still a lot of votes to be counted.

He says he is winning Pennsylvania by a “tremendous amount” — he says they are up 690,000 votes in Pennsylvania and that it’s “not even close.”

He says he believes he has Michigan too, leading by nearly 300,000 votes, and Wisconsin.

Trump goes on to claim that those opposed to his election have decided to fight it out in court.

“This is a fraud on the American public, this is an embarrassment to our country,” Trump says.

He says they are going to the Supreme Court to prevent “them finding new ballots at 4 o clock in the morning.”

“We will win this and as far as I’m concerned, we already have,” he says.

VP PENCE: "I truly do believe, as you do, that we are on the road to victory and we will make America great again, again." pic.twitter.com/dXnncs1UmF

Let's be clear. This election won't be over when Trump says it's over. It will be over after every vote is counted. That includes mail-in ballots postmarked on Election Day, as well as military ballots. This is a democracy. Whether Trump likes it or not, we count every vote.

No, Trump has not already won the election, and it is deeply irresponsible for him to say he has.