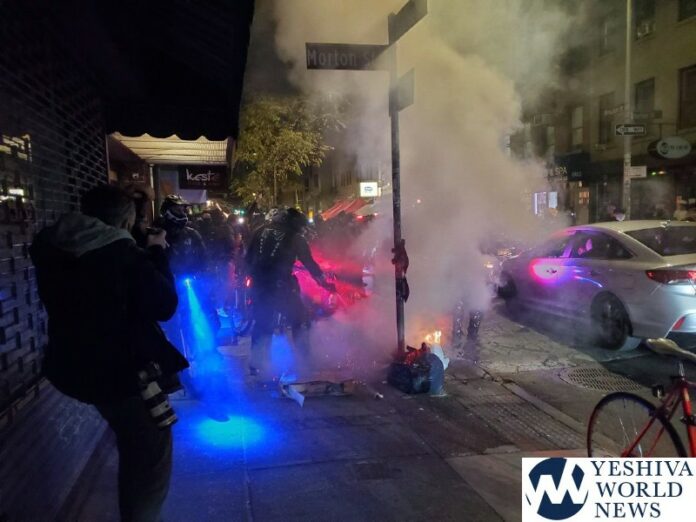 Over 20 people were arrested Wednesday night at a protest in Midtown.

The large group of protesters marched through Midtown on Wednesday evening, demanding to protect the results of the election.

They marched down Fifth Avenue and gathered in Washington Square Park, calling for all votes to be counted.

The protest was peaceful, but police later reported incidents of people starting fires and throwing garbage and eggs.

In a tweet, the NYPD said, “We appreciate and value the importance of freedom of speech. Our top priority is and always will be safety. We have arrested more than 20 individuals who attempted to hijack a peaceful protest by lighting fires, throwing garbage and eggs in Manhattan.”